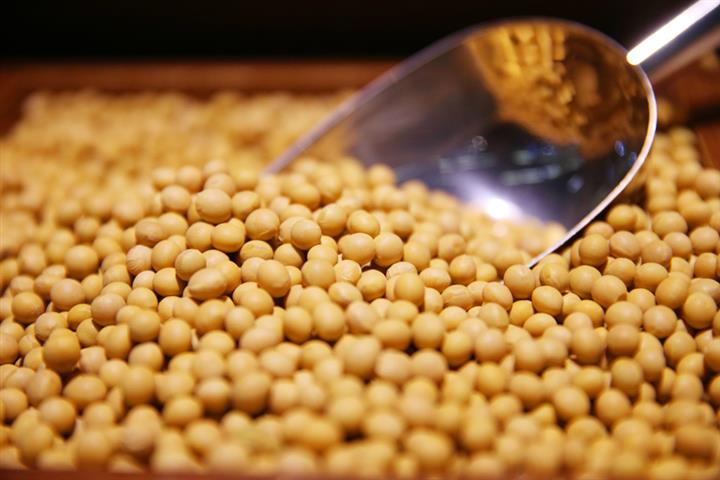 (Yicai Global) April 14 -- Covid-19 is spreading in Brazil and Argentina, two of China’s major sources of soybeans, but their imports have not been affected, a Chinese scholar and official have both said.

China brought in 88.5 million tons of soybeans last year, some 65 percent from Brazil and 10 percent from Argentina, per data from the country’s General Administration of Customs.

Both South American nations are in the grip of the virus. Brazil has registered 22,318 confirmed cases with 1,230 deaths, while Argentina has verified 2,208 infections with 95 deaths, per statistics from the World Health Organization as of yesterday. Government intervention has managed to stall a strike called by Brazil’s longshoremen over virus fears, but shipments will still face disruptions if the pandemic worsens.

The virus mainly affects labor-intensive companies, while the soybean transport field is capital intensive, which means the pandemic has a smaller impact on its transport, so the future trade is unlikely to be greatly affected, Prof. Mao Xuefeng from the School of Agricultural Economics and Rural Development at Beijing’s prestigious Renmin University of China, said in an interview with Yicai Global.

Brazil’s soybean exports to China rose last month despite the virus’ spread, and soybean imports have not been affected and are proceeding normally, Wei Baigang, head of the Department of Development Planning under the country’s Ministry of Agriculture and Rural Affairs, said at a press conference of the Joint Prevention and Control Mechanism of the State Council on April 4.

The virus, however, is still expanding and has hit Brazil, Argentina and the US hard, Wei noted, adding China will keep a close eye on the virus’ impact on soybean imports and enhance monitoring and early warning and coordination with major exporting countries to minimize interruptions to the soybean supply chain.

The pandemic will have no significant short-term impact on the soy supply in China’s domestic market. China imported over 13 million tons beans of January and February, no big decrease from previous years. The harvest has basically finished in Brazil and planting will start later this month in the US. The import of more than 13 million tons plus China’s homegrown produce are thus enough to give the country room to maneuver, Mao added.

Growth of the country’s soybean demand will be sluggish in the short and medium term, and lower than that in years gone by because of Covid-19’s overall economic impact, Mao noted. The virus has stopped feed and oil companies going back to work and slowed the pace of pig breeding, so domestic soybean demand will decline.

Falling crude oil prices have also pushed profits from fuel corn and ethyl alcohol to a seven-year low and thus industrial consumption of corn has fallen drastically, so it is now supplanting soy as feed, Mao said, saying adding this is also why bean prices will not greatly increase.