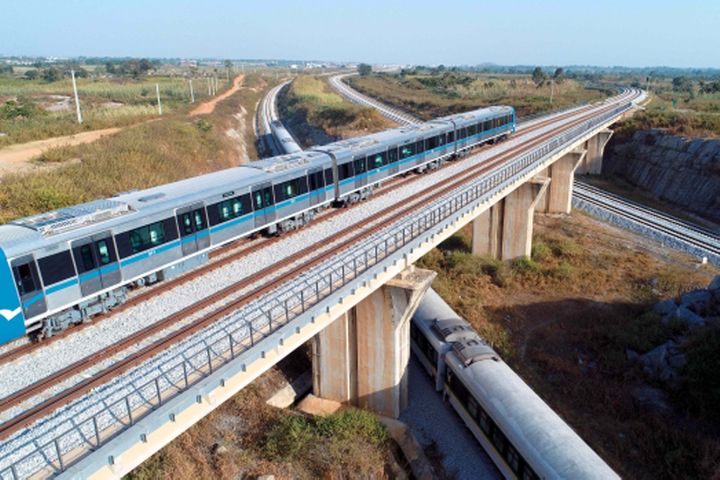 The contract is part of Nigeria's Lagos-Kano railway EPC contract inked between China Civil Engineering Construction Corp. and the West African nation's Ministry of Transport. The railway under this agreement is about 127 kilometers in length and runs from Minna to Abuja. It is a single-track line of standard gauge that allows a maximum speed of 150 kilometers per hour, CRCC announced on late Feb. 28.

CRCC's CCECC secured a construction contract from the Nigerian government in 2006 to build an about 1,315-kilometer standard gauge railway connecting the country's largest city and port of Lagos in the south with Kano in the north to replace a narrow gauge track with a speed of 45 kilometers per hour built in the colonial era. The Nigerian government, however, later decided to build the rail line in different sections because of a lack of funds. The first section that runs 186.5 kilometers from the capital Abuja to the industrial and transport hub Kaduna in the north of Africa's most populous nation went into operation in July 2016. This is Nigeria's first standard gauge railroad that has opened for traffic.

The contract signed this time refers to the fifth section of the railway, per the announcement, which provided no details of the source of investment and financing. Both the Nigerian government and CRCC have invested in previous contracted sections of the train network, and its construction has also relied on loans from Chinese banks.