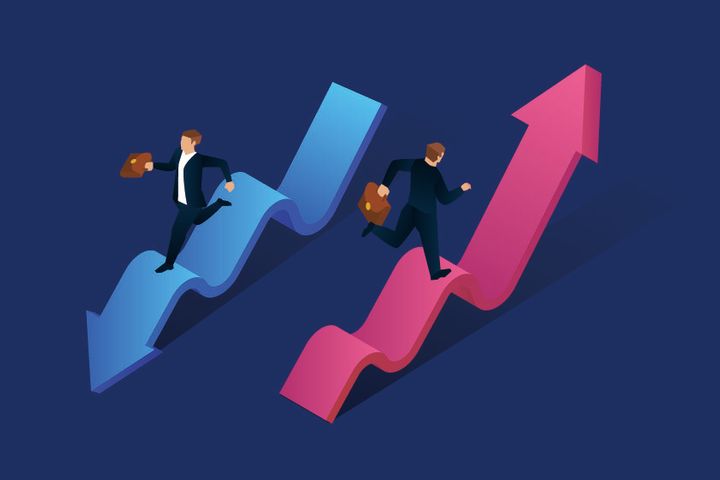 (Yicai Global) June 24 -- China Securities Regulatory Commission recently confiscated the illicit gains of two men who manipulated a stock price in November 2016 and slapped them with a heavy fine.

Zhang Ping, 37 years' old, and 66-year-old Sun Zhongze toggled the share price of Shanghai-based Zhezhong Group [SHE:002346] by controlling 45 securities accounts in the period starting from Nov. 10 to Nov. 28, 2016, during which time its share price once rose by almost 70 percent, the administrative penalty decision CSRC recently released on its website states.

The duo transacted a CNY827 million trade volume and thereby earned a profit of CNY66.2 million.

Their acts violated China's Securities Law and constituted manipulation of the stock market, CSRC said in its penal ruling, which also sanctioned them by declaring their illegal income of CNY66.2 million forfeit and fining them CNY199 million.

The stock price of Shanghai-headquartered cement maker Zhezhong Group rose sharply from Nov. 10, 2016, which CSRC believed was the start of the manipulation, and climbed to the peak of CNY28.4 (USD4.1) per share on Nov. 22, when it began to plummet.

The stock skyrocketed again in December of that year, however, reaching a peak of CNY49.9 per share. This still remains unclear whether CSRC has found the manipulator behind the second sharp rise in its stock price. The firm's share price has kept the downward trend since then and closed at CNY13.2 today, down 2.3 percent.