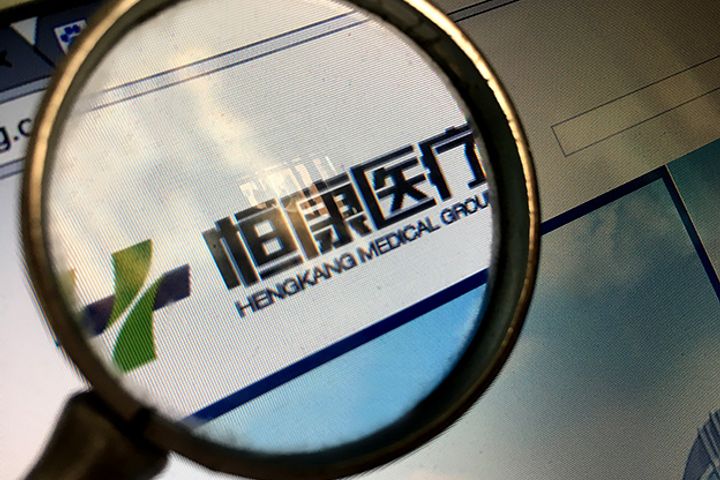 CSRC said Que Wenbin, as the holding shareholder and actual controller of Hengkang Medical Group, and Diecai Asset Management and its actual controller Xie Fenghua conspired to manipulate stock price through their insider information advantages and under the pretext of "market value management."

The manipulation has misled investors and allowed Que to sell stocks of Hengkang Medical at higher prices, the regulator concluded. Que, Diecai Asset Management and Xie violated Article 77 of Securities Law of the People's Republic of China, it said.

CSRC, therefore, decided to appropriate the money unlawfully made, and seize a total of CNY48.58 million (USD7.2 million) from Diecai Asset Management and fine it CNY97.16 million. It also fined Xie Fenghua CNY600,000 and banned his activities in the securities market for life. CSRC also confiscated money Que illegally made and fined him CNY3.04 million.

Publicly available data show Xie once was one of the first registered sponsor representatives in China, and was sentenced to three years in jail in 2012 by Shanghai Pudong New Area People's Court for insider trading in 2009 when he was working for CITIC Securities. His wife, An Xuemei, was also sentenced to one year in jail and was fined due to insider trading. The Court recovered illegal income the couple made through insider trading, a total of CNY7.6 million.