CSSC Carnival to Put On Cruises for Chinese Tourists By End of Next Year
Shao Haipeng
DATE:  Nov 09 2018
/ SOURCE:  Yicai 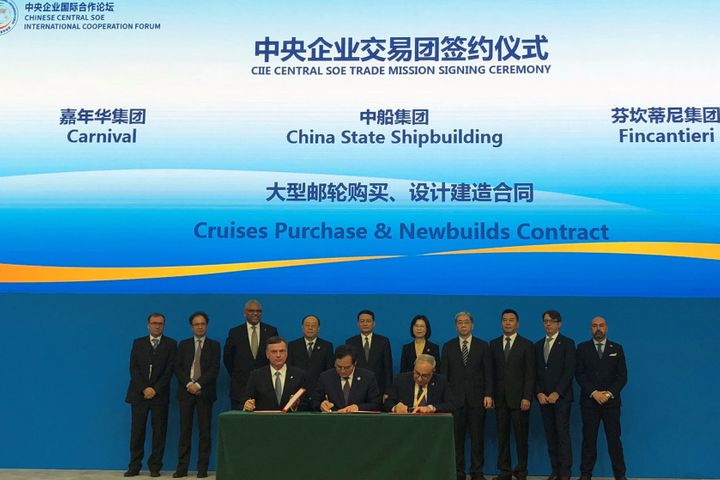 The joint venture cruise operation will officially launch this week under the name CSSC Carnival Cruise Shipping, the company confirmed in a statement.

CSSC Carnival also confirmed the purchase of two existing ships from Carnival unit Costa Group. The first ship Costa Atlantica will be transferred to the new Chinese cruise line by the end of next year, followed by sister vessel Costa Mediterranea at a date to be confirmed.

Shanghai shipyard Waigaoqiao will build two new cruise ships for the JV, with the first expected to be delivered in 2023.

CSSC and leading global shipbuilder Fincantieri have also established a separate JV to grant technology license for ship model platforms and to provide technical and project service support to Waigaoqiao throughout the shipbuilding process.

"It is a strategic decision for CSSC to enter the cruise industry in partnership with Carnival and Fincantieri," said Lei Fanpei, chairman of CSSC. "We wish to continue our win-win partnership from today onwards and ensure the delivery of the first large cruise ship to be built in China by 2023."

With the growth of the Chinese economy in recent years, residents' purchasing power has increased and the tourism sector has developed, the cruise sector is growing rapidly too. The cruise market has great potential, though it is still in its infancy in the country.

As world's largest outbound tourism market, China's 142 million travelers contributed USD258 billion to overseas spending last year. While the number of Chinese cruise passengers in 2017 was only 2.5 million, accounting for less than 2 percent of the total outbound tourists from the country, according to UN data.