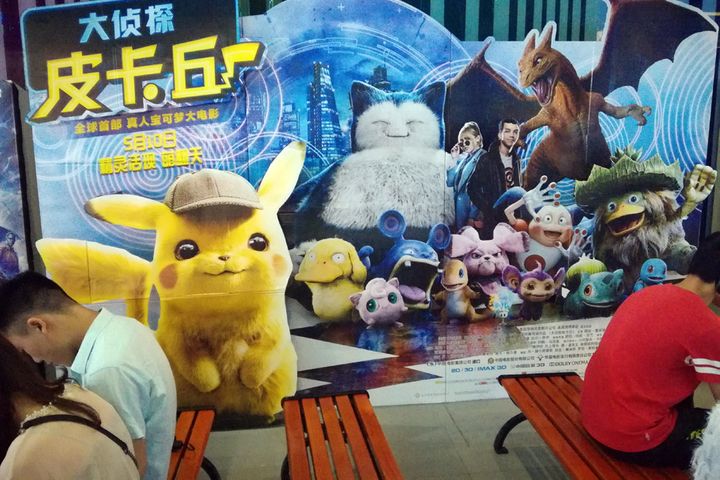 The movie has taken more than 50 percent of the mainland market for three days in a row since it premiered last week, bringing to an end the record 16-day reign of Avengers: Endgame, according to data from online ticket platform Maoyan.

Pokemon Detective Pikachu came out on May 10 in China and became the top-grosser for a film on its first day, earning CNY75 million (USD10.9 million). Adapted from a Japanese animation game, the first Pikachu live action movie had grossed CNY288 million in China as of 4.00 p.m. today, per Maoyan data.

The former single-day champion Avengers: Endgame has taken in over CNY4 billion (USD581.6 million) at the Chinese box office and is the country's highest-grossing foreign film. It ranks third overall behind domestic hit productions Wolf Warrior 2 at CNY5.7 billion and The Wandering Earth at CNY4.7 billion.

Over the past 23 years, Japanese gaming giant Nintendo, which is behind the new movie, has released 19 games, six television animations and 21 animated films, bringing in more than USD90 billion in revenue for its copyright partners.