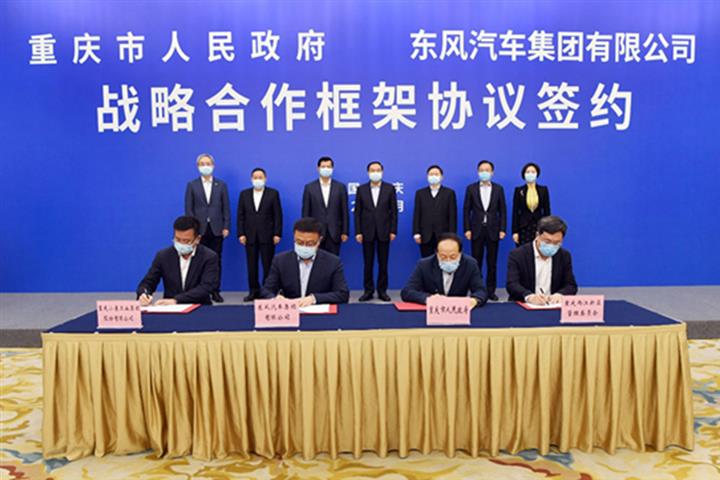 (Yicai Global) April 23 -- Dongfeng Motor and Sokon Industry Group, two Chinese automakers that have been partners for more than 15 years, have agreed to create a high-end new energy vehicle brand. The shares of both companies gained.

The pair have signed a deal to transform Jinkang New Energy Automobile, a unit of Sokon, into a mid-to-high-end NEV maker with annual production capacity of 150,000 vehicles by 2025, Chongqing-based Sokon said today. The agreement will not affect Sokon’s business this year, it added.

Chongqing’s city government and the management committee of its Liangjiang New Area will designate entities or funds to form a special purpose vehicle that will invest CNY2 billion (USD282.5 million) in Jinkang New Energy for a 28.74 percent stake. Sokon currently owns 80.65 percent. Investment details for Dongfeng, one of China’s largest automakers, and Sokon were not disclosed.

The municipal government is involved in the project in order to further its plans to transform and upgrade the local auto industry, Sokon added.