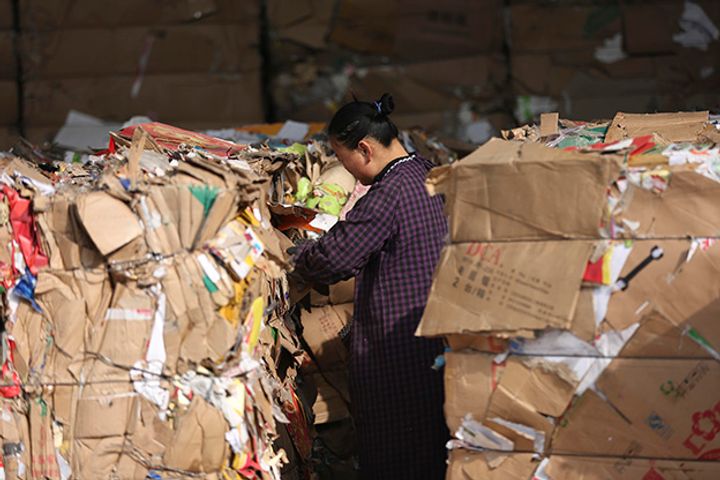 (Yicai Global) Nov. 17 -- Share prices at China's listed paper makers have risen steadily since the start of this year, with the paper-making index surging from 3,500 points to a 5,020-point peak in the third quarter as prices across the board soared.

The high price of waste paper began easing off at the end of October, falling 30 percent from its highest price, but quickly returned to its apex.

Even after prices lowered at the end of October, they remained almost double the figure from previous years, the report added.

In mid-October, the supply of waste paper increased and new foreign quotas hit Hong Kong, increasing the concentration of waste paper in coastal areas, such as Guangdong province, and resulting in a surplus which saw a sharp price decline. The price jumped back to its peak in less than a week as regulators clamped down on large-scale waste paper suppliers and demand remained high.

The price hike is unlikely to continue through the fourth quarter as there will be fewer new import quotas, but environmental regulation will remain tight, said Lei Qian, an industry analyst. Production limiting policies are likely to be released in more places throughout the quarter, which will keep prices high, he added.