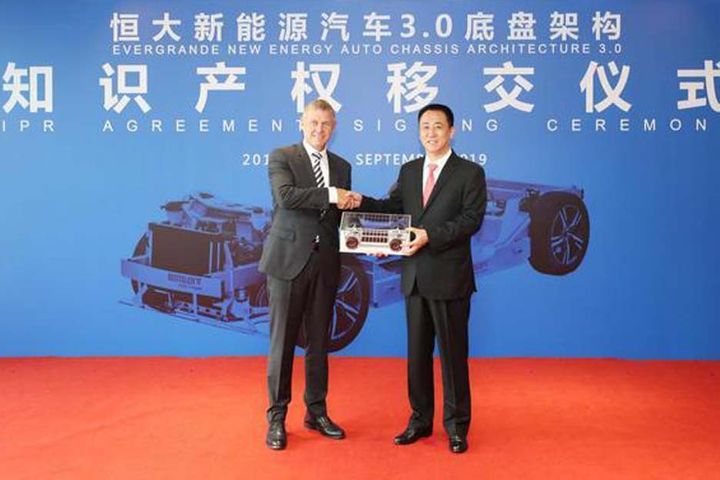 Evergrande has stated its intention is to become the world's largest and most powerful NEV group within three to five years.

Both Paderborn-based Benteler International and Aachen-based FEV Group are international leaders in automotive engineering. With a history of over 140 years, Benteler has 83 bases for research and development and production in 39 countries, including Germany, the US, UK and Japan, and possesses leading R&D technology for new energy vehicle chassis architecture.

The 40-plus year-old FEV operates R&D institutions in Germany, the US, UK, Italy and 41 other countries and owns top-notch technologies in areas like chassis control systems, power assembly, long-range electric drive and lightweight design.

Evergrande Health Industry Group, of which Evergrande Neoenergy is a wholly-owned unit, has secured power assembly technology through cooperation with Germany's Hofer Powertrain, obtained technology for R&D and production in its collaboration with Sweden's Koenigsegg Automotive and acquired the core wheel-hub motor technology by acquiring the Netherland's e-Traction Europe and the US Protean Electric.

This came just after its parent, which is pushing aggressively into the new energy vehicle market, bought a 51 percent shareholding in Sweden's NEVS, a global smart electric vehicle company for USD930 million (USD130 million), per the report.