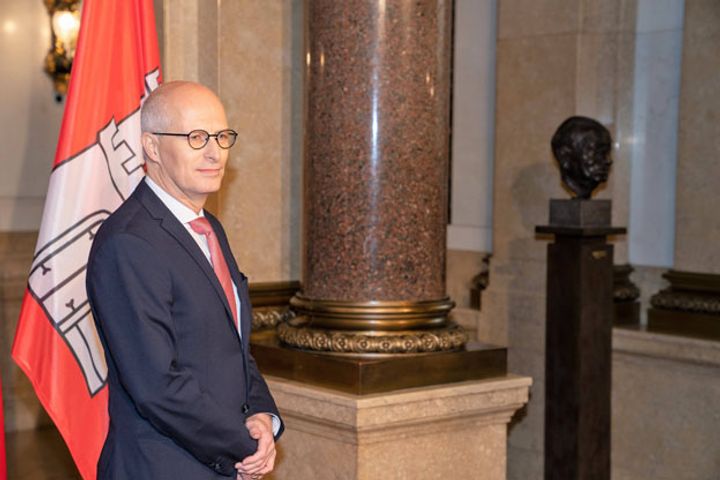 (Yicai Global) Nov. 28 -- China and the city of Hamburg are likely to cooperate mostly on medical care and renewable energy including wind power, according to the second-largest German city's mayor.

Hamburg welcomes investors from all over the world and will not limit Chinese investment, Peter Tschentscher, the mayor of Hamburg, said to Yicai Global in an exclusive interview at the 2018 Hamburg Summit which took place from Nov. 26 to yesterday.

Import export business is no longer the first bet for Chinese firms in Hamburg, as one-third of Chinese-funded firms in the city engage in high-tech fields such as aviation, energy and digital industries, according to the mayor. Over 500 Chinese firms are doing business in Hamburg and more than 600 Hamburg-based companies have entered China so far.

Tschentscher met with the head of Alibaba Group Holding's German office two weeks ago in Berlin and encouraged the tech giant to contact if they want to find local partners, adding that Hamburg will offer specialized services to Chinese firms that want to invest in or acquire German companies.

The city also sent a delegation to the first China International Import Expo that was held in Shanghai from Nov. 5 to Nov. 10. These German firms want to expand to the Chinese market, especially in the three sectors of aviation, healthcare and logistics, including distribution and storage, according to the German politician.

China is the most important foreign trading partner for the Port of Hamburg, as the throughput amounts to about 2.6 million twenty-foot equivalent units each year, or one-third of its all shipments. Railway routes have also increased as 30 trains depart each week from the northern German city to reach 27 municipalities in China.

Hamburg has been a trading city since ancient times and maintained good trade relations with all parts of the world, Tschentscher said, adding that it has the experience to become one of the nodes in the Chinese Belt and Road initiative and transport Chinese commodities to the world. If the tunnel from southern Sweden to Denmark is opened in the future, the city can reach nearly 10 million people in Europe.

Regarding the recent rise of global protectionism, Tschentscher said that the city's history originates in free trade so equal trade is very important to the region. Germany and the European Union have been making great efforts to uphold this tariff-free policy, he added.

In terms of China's 40th anniversary of financial reform, the mayor acknowledged the country's achievements particularly in sectors related to car manufacturing, aviation, and bullet trains. The European city has a lot to learn from China in terms of environmental protection and modern transport means, he added.