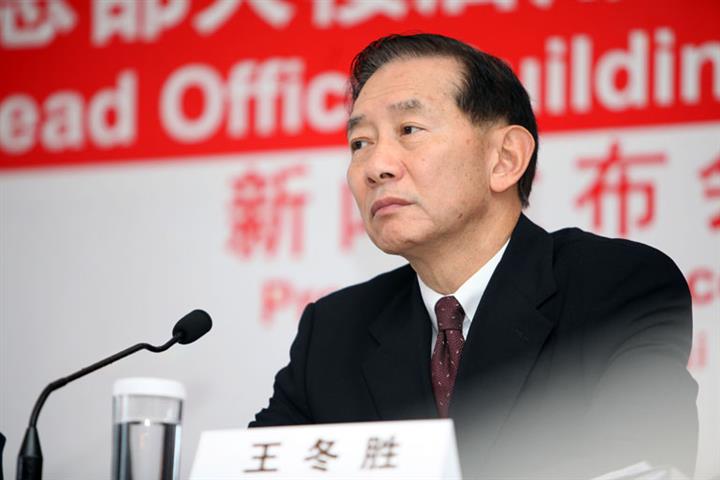 (Yicai Global) March 10 -- The chief executive of Hong Kong and Shanghai Banking Corporation has added his voice to calls for China to set up a European Union-style ‘passporting’ system for financial services in the Greater Bay Area, which spans Guangdong province and the Hong Kong and Macao special administrative regions.

Such a system would enable financial firms to provide services across borders without the need to apply for separate authorization, Peter Wong said in an interview with Yicai Global.

Wong, who is also chairman of the Hong Kong General Chamber of Commerce and a member of the National Committee of the Chinese People’s Political Consultative Conference in Hong Kong, has submitted proposals on further promoting the development of the Greater Bay Area at the Two Sessions in Beijing.

The Greater Bay Area has economic output worth USD1.7 trillion in 2019. Wong expects that figure to increase almost double to USD4.6 trillion by 2030, with the development potential of financial services even greater. The region’s banking sector revenue is expected to hit USD185 billion in 2025, and it is tipped to become one of the world’s largest financial markets.

“This huge market is expected to provide a full range of business opportunities for foreign financial institutions,” Wong said.

Plans are also afoot to develop the Greater Bay Area into an international science and technology innovation center with global influence at the same time as Hong Kong is turned into a financing hub for high-tech industries in the region.

“This will not only promote the integration of financial markets and financial services in the Greater Bay Area, but also help create replicable and extendable institutional innovations and improve the country’s new system for a higher-level open economy,” he told Yicai Global.

In accelerating the integration of financial markets and financial services in the Greater Bay Area, Wong believes there are several major openings. The so-called passporting system is one of them. In Wong’s view, it has a multiple practical significance.

“Its implementation can avoid the complicated process of re-applying for a license for cross-border business, greatly expand the types of financial services that financial institutions provide across borders, and cut operating and compliance costs,” he said.

Building a ‘highway’ mechanism for cross-border financial services and capital integration can effectively solve the problem of fragmentation in product-based ‘pipeline’ interconnection, and is a breakthrough attempt to explore supply-side reform of cross-border finance.

The EU first proposed and brought in passporting for financial institutions. But the global financial and European sovereign debt crises have led academics to question Europe’s financial integration.

But referring to risks, Wong believes that the passporting system has been developing steadily and has improved with practice. He suggested that while implementing it, the Greater Bay Area should promote the convergence of cross-border financial regulatory standards and avoid regulatory arbitrage. It should also explore a passporting system for both negative list management and mid-event and post-event supervision.

Chinese mainland cities in the Greater Bay Area are aligned with Hong Kong’s international rules, while Hong Kong and Macau can learn from the e-commerce, mobile payment, and financial technology sectors in which the mainland has obvious advantages, Wong said.

In addition, he Wong also proposed implementing the previously published draft of the Shenzhen Special Economic Zone Data Regulations as soon as possible.

He called for setting up a data connection mechanism in Shenzhen, Hong Kong and Macao that will allow the Chinese units of international financial firms to directly use their parent’s mature information systems to provide standardized and high-quality services to domestic and foreign clients.

“This will help them reduce costs and improve operating efficiency, thereby enhancing the Greater Bay Area’s attractiveness to global financial institutions and promoting the agglomeration and development of the financial industry,” Wong said.

Convergence of legal rules is very important to create a transparent and predictable financial legal environment, enhance the confidence of international investors and improve the efficiency of financial operations.

Also, the region can choose Hong Kong’s applicable law for implementation of contracts, or agree that arbitration may be conducted in Hong Kong.