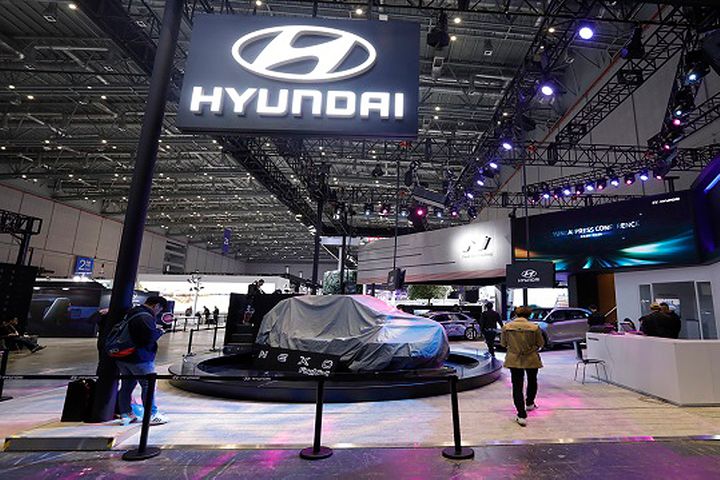 (Yicai Global) Feb. 20 -- Hyundai Motor has re-suspended production after just a few days back in action because its Chinese suppliers are unable to fulfill its parts orders. The setback could cost the South Korean carmaker big.

Hyundai is staggering the restart of its various factories, an executive who preferred to remain anonymous told Yicai Global. The plants need assembled circuit boards made in China and though some are starting to arrive there are not enough to go around, he added.

The shortage could slash production at Seoul-based Hyundai and its subsidiary Kia Motors by nearly 50,000 vehicles, according to the Korean Automobile Manufacturers Association, which also predicts that this could lead to KRW1 trillion (USD836 million) in lost sales.

SsangYong Motor, Renault Samsung Motors, GM Korea and several other automakers in South Korea have all been forced to reduce or halt production as the novel coronavirus smothers their Chinese supply chains.

One of Hyundai's plants in Ulsan had to take a break after re-opening for just one day, while another in the city will cease production for a day tomorrow. Another factory in Asan, South Chungcheong province will also likely halt production. Kia will extend its hiatus at facilities in Gwangmyeong, Gyeonggi province and one in Gwangju until tomorrow, another source at the firm said.

The assembly lines that make the high-end Hyundai Genesis and two Palisade models have not yet resumed output due to a lack of parts and components, an executive at the KAMA told Yicai Global. The issue has affected global Genesis supplies and will make it tough for the brand to enter China, Europe and other emerging markets as planned, he added.

The ongoing virus epidemic has mostly affected supplies of wiring harness products, but the automotive supply chains in China and Korea are closely integrated so it could spread to other components, said Park Yeong-gyu, head of the Korea AutoParts Enterprise Federation.

Chinese suppliers provide 87 percent of wiring harnesses to Korean carmakers, according to data from the KAMA. Some 40 first- and second-tier providers deliver the parts, and while 38 of them have re-opened factories, they are only operating at 60 percent capacity, the association said.