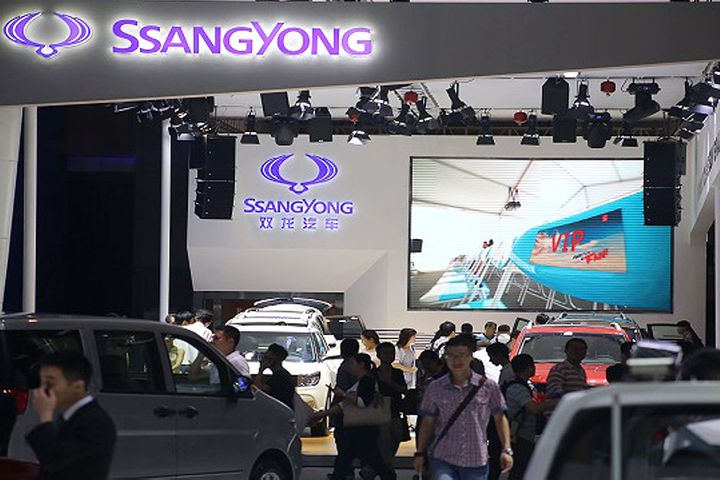 (Yicai Global) Feb. 4 -- As factories across China delay re-opening after the extended Chinese New Year break due to the outbreak of highly contagious pneumonia, the interruption in production is having an impact on the supply chain for Japanese and Korean carmakers.

South Korea's Hyundai Motor and Kia Motors will be forced to make adjustments to their factories at home by cancelling shifts, adjusting production speeds and reducing production of some models due to the shortage of parts, an industry insider said.

SsangYong Motor is to temporarily close its facility in Pyeongtaek, Gyeonggi from Feb. 4 to 12 because of a lack of components from its exclusive cable harness supplier in Shandong province, an executive at SsangYong Motors told Yicai Global.

Replacing or expanding the supply chain of parts in a short time is very difficult, he said, adding that in this segmented industry most companies' plants are in China, therefore it is difficult to ensure supply even if suppliers are replaced.

"According to our current internal forecast, if the supply issue of some core parts remains unsolved by tomorrow, Hyundai, Kia and other South Korean carmakers' domestic and overseas plants will have difficulties in operation," the insider said.

Most of the plants in Wuhan are secondary suppliers to South Korean car partsmakers, but as the epidemic spreads across China and supply continues to be stalled, South Korean car parts makers themselves will also be affected, said Park Young Gyu, president of the Korean Auto Parts Enterprise (China) Federation.

There are 160 companies in the car industry chain based in Hubei province that supply Japanese auto firms, including car assembly factories for Honda Motor and other vehicle manufacturers, as well as primary and secondary suppliers which equipthese factories and large car parts makers such as Denso, the Japan External Trade Organization's Wuhan office and Japan Automobile Manufacturers Association'sBeijing office told Yicai Global.

Japanese car giant Toyota Motor will push back the starting date for its new Chinajoint venture plant, originally scheduled for early February, the Toyota-based firmsaid, adding that it will continue to closely monitor the progress of the epidemic and will set a new date on Feb. 10.

South Korean carmakers' China JVs, including Beijing Hyundai Motor, Dongfeng Yueda Kia and Sichuan Hyundai Motor, have all postponed reconvening production until after Feb. 9. This date might still change depending on the situation, they said.

China is currently in the grip of a pneumonia epidemic caused by a novel coronavirus which began in the city of Wuhan at the end of last year. As of noon today, there were 20,471 cases nationwide, 13,522 of which are in Hubei province and 6,384 in the epicenter of Wuhan.