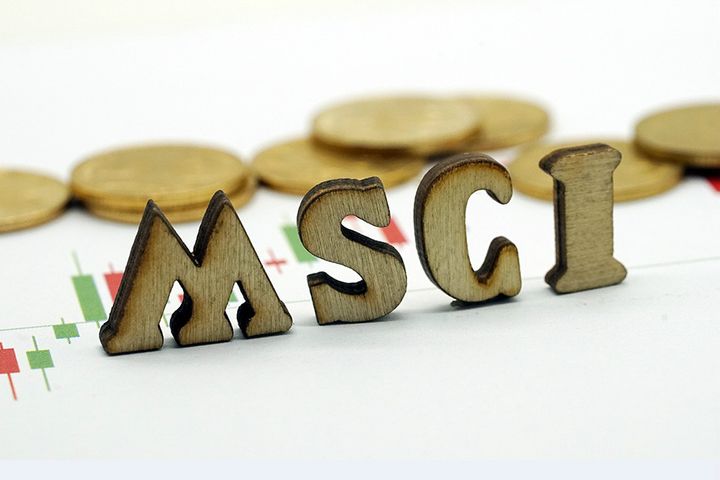 Before the coronavirus outbreak, investors seeking high yields rushed into BBB grade bonds amid the low interest rate environment. The total market value of MSCI's corporate bond index is USD3.4 trillion, and BBB debt -- just one step away from speculative grade or junk -- accounts for as much as half of that.

"Many of those potential downgraded bonds will wind up in the high yield indexes if the pandemic continues and credit worsens," Sparks said in a phone interview on April 1 from New York, the city currently at the epicenter of the global pandemic.

"There will be significant selling from funds that require investment grade security, and that could be a big supply shock on those indexes as well," he warned.

The US credit market has been struck by the Covid-19 outbreak. The spread between high yield bonds and 10-year Treasuries widened from 325 basis points on Jan. 1 to nearly 1,100 bips on March 23. The US Treasury Department and Federal Reserve have implemented stimulus measures to keep it steady, but the success of their action still remains unclear.

"We have done many risk tests, but not really done a virus crisis before," said Sparks, an expert in fixed income.

Yicai Global: Compared with the financial crisis of 2008, central banks are acting much faster and with more stimulus packages. Does that mean we can be more optimistic?

Andy Sparks: Indeed, the US Federal Reserve as well as central banks worldwide are acting. The pandemic is unavoidable and the problem is how strong the recession will be.

The spread volatility is quite high in the bond market, which is reflecting uncertainty about the economic impacts of the virus and how the real economy will be responding to it. Whereas in 2008, it was the financial sector that was sort of ground zero in the explosion, so this is much broader touching every sector.

It remains to be seen if it is going to have longer term implications than what we saw in 2008.

YG: Goldman Sachs forecasts defaults from at between 1.5 percent and 4 percent in light of the situation, but still remains cautious as historical default rates have reached up to 13 percent in deep recessions. Do you think the rate will exceed what it was in 2008?

AS: The 10-year US corporate options adjusted spread, or OAS, is now much lower than it was in 2008. The Fed and the US government are providing a lot of funding to businesses to reduce the likelihood of a massive spike in defaults, and whether it succeeds or not remains unknown.

YG: There was a 20% drop in US investment-grade bond funds, and the risk of downgrading BBB bonds lead to redemptions and selling pressure. How do you assess the risk of bonds being downgraded?

AS: The MSCI corporate bond index has capital of USD3.4 trillion and roughly 1.7 trillion of that are BBB bonds. Many of those potentially downgraded bonds will wind up in the high yield indexes if the pandemic continues and credit worsens. There will be significant selling from funds that require investment grade security, and that could be a big supply shock on those indexes as well.

We're still in the very early stages of this. The companies that are going to go default, it's going to play out over time.

YG: The Treasury and the Fed may unveil measures such as so-called helicopter money. What could result from such actions? Would inflation jump?

Look at the inflation curve. The market predicts deflation over the next year, and inflation will be rising over time. One year ago, there was a short run inflation dynamic that may be very different from the long run. Now it's completely different. If you look at how the inflation link market is behaving now, it looks like the market is saying it's going to be also negative. But the question is then how long? Because if you go back to your economic courses, like a decline in price of oil is a one time crime, it doesn't mean that inflation is going to be negative for the next 20 years.

In the US, even before the current crisis, the US deficit was expected to exceed 4 percent of GDP for the next 10 years. There is concern that with so much debt being released into the economy, that could ultimately result in inflationary pressure.

Those deficits are going to weigh on the economy. It's quite clear that in the short term, economic growth will be highly retarded and will quite possibly be significantly negative.

YG: People are talking about whether the Chinese yuan and China's government bonds are acting like safe havens this time. The 10-year Chinese Treasury yield rose 25 basis points early last month, while the 10-year US Treasury yield rose by nearly 100 bips. Will yuan assets will be an appeal to global investors with the redback's low correlations with overseas peers?

AS: Investors like finding uncorrelated assets record or assets that are less correlated with other sectors. In terms of positioning something like the Chinese bond market, I think that would be an appeal to investors. And in terms of whether it's actually changing investor behavior, it takes a while for something like that to emerge.

YG: What lessons can be drawn for risk management from this pandemic?

AS: We have done many risk tests, for example oil price shocks or federal reserve behavior or more sovereign debt crisis in Europe. We had not really done a virus crisis before.

I see sort of three different stages that the economy will ultimately transition through. You have early middle and late stage and right now we're still in early and we're trying to figure out when the middle stage will begin -- one or two years from now, when hopefully the virus is more under control and there's a vaccine. But the markets are going to remember this. And there could be other viruses in the future.