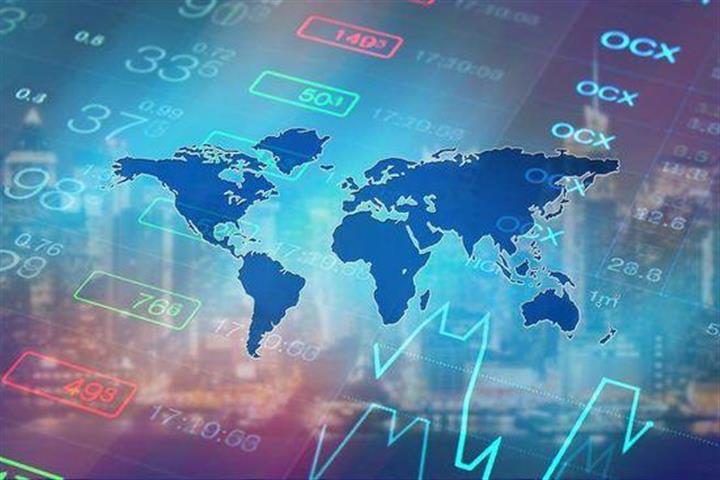 (Yicai Global) Aprile 15 -- In contrast to the 2008 financial crisis, the economy should be able to roughly get back to normal if the coronavirus disappears as quickly as it arrived, says Paul Sheard, former vice chairman of S&P Global.

The Australian-American economist, who is also Senior Fellow at Harvard Kennedy School's Mossavar-Rahmani Center for Business and Government, shared his recent thoughts with Yicai Global in an exclusive interview.

YG: As we know, the US Federal Reserve dropped the interest rate to 0%, but the stock market did not respond well. Then it said it would do "whatever it takes" to fight the virus-related recession. Do you think the Fed is overreacting?

Paul Sheard: The Fed has really come out all guns blazing. It's very difficult to keep up with everything the Fed has come out with. I don't think you can say it's an overreaction from the point of view that the US economy is being hit by a massive economic shock. Nobody knows what the numbers will look like. The unemployment rate may go to 20% or 30%. GDP may fall in a couple of quarters by 15% or 20%.So, it's Great Depression territory, but with a much bigger and more concentrated economic shock. The Fed has to respond to this. Fiscal and monetary policy both need to be mobilized aggressively, as they are. Fiscal policy needs to take the lead with monetary policy supporting. We are seeing a very strong fiscal and monetary policy response, with close coordination between the Administration, the Congress and the Fed. I do not think it is overreacting, the big question is how effective the policies will be.

YG: This crisis is different from the 2008 financial crisis. Do you think it's wise for the Fed to inject so much liquidity into the system when there is not such a credit crunch compared to 2008?

Paul Sheard: Yes, it is a very different kind of economic shock. First of all, the key thing is it's a truly exogenous shock. A lot of so-called "exogenous shocks" are actually endogenous in the sense that they emerge from the operation of the economic system. Take the 2008 financial crisis. That crisis did not come out of nowhere: it occurred because a whole lot of things were happening that led up to the shock. So, although it happened suddenly and very dramatically, it was the culmination of a process internal to the system itself. This time the source of the shock is a virus, which is truly exogenous to the economic system, and that makes a difference.

This matters for how the economy is likely to perform after the shock subsides. In the case of the 2008 financial crisis, the nature of the recovery was very much constrained by what led to the crisis: the bursting of the housing and credit bubble left balance sheets damaged and overleveraged in its wake. In the current case, the US economy was very strong coming into the crisis, so if the coronavirus disappears as quickly as it arrived (a big “if”perhaps), the economy should be able to roughly get back to normal. That is very different compared to 2008.

Besides, it's not the virus itself that is directly doing much damage to the economy, as tragic as the widespread loss of life is. It is the response to the threat to public health – in the form of the lockdowns, travel bans and everything else – that is doing that. In order to deal with a public health emergency, we have to close down a huge part of the economy. This is very different from any other recession. Unless the underlying coronavirus problem is brought under control, the government will have to continue with the shutdown policy. The lockdown or shutdown is trying to deal with the spread of the virus. The economic policy response is aiming to limit the negative economic impact from that and prevent the damage from being amplified, especially into the financial system. So, you are right, this is not a classic credit crunch.

YG: Do you think there is a risk of the economy overheating when business gets back to normal?

Paul Sheard: It's a little like the debate we had in 2008, 2009 and 2010, when the Fed was doing all its quantitative easing. A lot of people were saying it was terrible and would eventually lead to hyperinflation, but that hyperinflation or runaway inflation or even high inflation never happened. People were applying a simplistic monetarist model and overlooking the context: a big loss of aggregate demand initially and persistent headwinds to the recovery later on.

I don't think all of this so-called stimulus is going to stimulate economic activity in the short term; the aim is to prevent the whole economic and financial system from collapsing. Let's say the level of GDP has to fall by 30% or even 40% because of the economic shutdown. The Fed and government are not trying to make up that loss of GDP now, that’s not the purpose. But people still need to eat, pay the rent or mortgage and other bills, and there is still a need for all kinds of essential services. The fiscal and monetary policy measures are aimed at keeping that part of the economy going and tiding the economy over so that it will still be intact and able to come back on stream when the virus threat is over. When that happens, there will be a lot of pent-up demand, and there also be a huge amount of excess supply in the economy to meet that demand, so worrying about inflation in that context is unnecessary.

On the other hand, when we do get back to normal, then it will be very important for the Fed and the fiscal authorities to recalibrate their policy settings. So, if the economy appears to be overheating, they will have to move policy in the opposite direction. But I think at this point that's a nice problem to be worrying about. And that problem can be dealt with – policymakers know how to deal with that.

YG: But will it also lead to the stock market overshooting?

Paul Sheard: The stock market is always much more volatile than the economy; it is always looking forward and the economic data is always looking back. There can be a disconnect between the two. For example, in the past three weeks, we've had a situation where there have been almost 17 million initial unemployment claims and yet the stock market has been rallying. I think the stock market in still in a bear market phase. Initially the market fell sharply because of all the lockdowns and it hadn't seen the policy response yet. Now we have gotten the policy response and the stock market has reacted to that positively. However, we are going to start to see some really bad economic data and there is still a lot of uncertainty about what is going to happen with the underlying issue of the virus. I would not be at all surprised if the stock market were to take another major leg down. That would be a kind of reality check. I don't think the stock market has hit its bottom yet. It is still on one side of the valley and will probably go down further. It will need to see signs of the underlying issue of the coronavirus disappearing before it starts a full-fledged climb up the other side of the valley.

YG: As for globalization, many people say that after this pandemic, America will pull a lot of its supply chain out of China. Will that happen?

Paul Sheard: I think this is more of a pendulum effect. Global supply chains are very complicated and create all kinds of dependencies and interdependencies. The political winds in the US are blowing against outsourcing to China, but I wouldn't get too carried away with the argument. No doubt there will be some realignment of supply chains on both sides. China, as well, may not want to be so dependent on the US and may want to orient itself more to unlocking the huge domestic demand potential of its nearly 1.4 billion population.

Having said that, I don't think it's going to go as far as some seem to suggest. For one reason, there is quite compelling economic logic behind comparative advantage and the gains from trade, many people make a lot of money from outsourcing on both sides. At the end of the day, most of the commercial decisions will be taken at the corporation-level, and will be driven by commercial considerations on both sides. So, I think that, while there will be some changes at the margin and areas of adjustment, economic incentives will limit the extent to which wholesale decoupling of the two economies takes place.