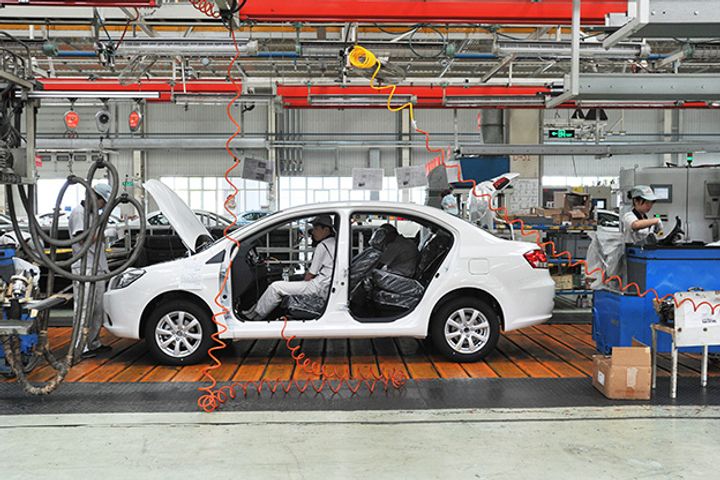 (Yicai Global) Feb. 12 -- Mergers and acquisitions will be a good choice for Chinese carmakers this year as the nation's world-leading auto market hosts intensifying competition and manufacturers face the risk of closing down.

China's vehicle market will grow at around 3 percent this year, online news agency Jiemian reported, citing Shi Jianhua, deputy secretary-general of the China Association of Automobile Manufacturers. As the sector's growth slows, competition will heat up and many car firms will be left in crisis, he added.

Despite an almost 12-percent annual rise in sales last month, the market has been slowing overall and had single-digit progression in five of the past eight years, CAAM data shows. In 2017, new vehicle sales rose 3.04 percent to almost 28.9 million.

"It's almost impossible for car firms to turn themselves around," Shi said. "Mergers and acquisitions are going to become more frequent."