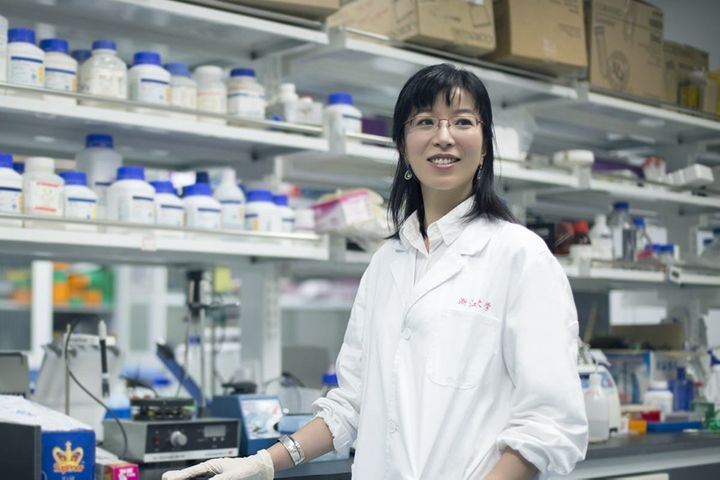 Born in 1973, Hu is the first scholar outside of Europe and North America to win the award since its inception in 1998, the International Brain Research Organization said online on July 15. She will receive EUR25,000 (USD28,150) in prize money.

The committee picked Dr. Hu "in recognition of her impressive work on the fundamental neurobiological mechanisms of emotional and affective behaviors based on very advanced, state-of-the-art methodologies, which she contributed to develop," the IBRO said. "Overall, she has an outstanding productivity and a well-established, high profile in systems neuroscience, a rapidly expanding and very competitive field."

Hu graduated from Peking University and the University of California at Berkely, and is a postdoctoral fellow at Cold Spring Harbor Laboratory. She joined Zhejiang University as executive director of the Center for Neuroscience in 2015.

The IBRO-Kemali International Prize is awarded every two years to outstanding researchers aged under 45 who have made important contributions to the field of basic and clinical neuroscience. Winners are invited to give a featured lecture at the Federation of European Neuroscience Societies Forum, Europe's largest international neuroscience meeting, which also takes place biennially but on even years.

Hu will receive her award at the FENS Forum next year, which takes place in Glasgow from July 11 to July 14, from the president of the IBRO.

The IBRO-Kemali Foundation was set up by Dargut Kemali, a psychiatrist at the University of Naples, and his late neuroscientist wife Milena Agostini Kemali in 1996. The IBRO president has chaired the foundation since Dargut Kemali's passing in 2011.

The IBRO itself was founded in 1961 and aims to promote and support neuroscience around the world through training, teaching, research, outreach and engagement activities. More than 90 international, regional and national scientific organizations make up its governing council.