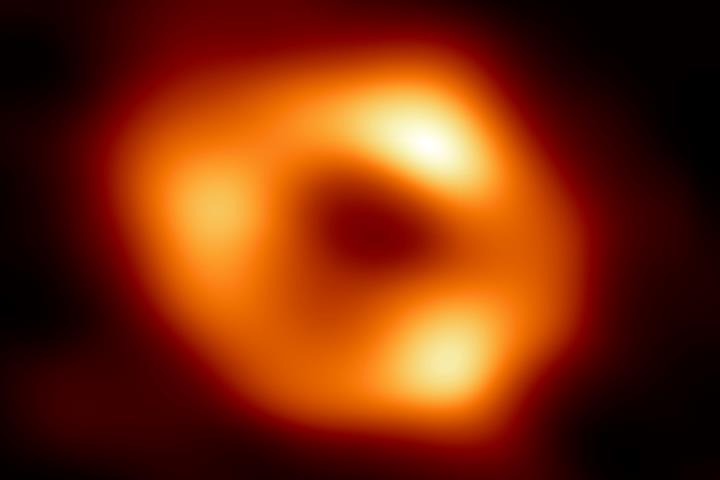 (Yicai Global) May 13 -- China, the United States, and Germany held simultaneous press conferences yesterday to unveil the first photo of Sagittarius A*, the supermassive black hole at the center of the Milky Way galaxy.

The breakthrough image is the latest since the world’s first-ever black hole photo was released in 2019. That was snapped in the more distant galaxy of M87.

“The goal of the next-generation EHT is to make a ‘movie’ of the black hole,” said Shen, who is also director of the Shanghai Astronomical Observatory.

Scientists have already started using the new data to verify theories and models of the behavior of gases around supermassive black holes. They can also obtain information about gravity in extreme environments by comparing the differences between Sagittarius A* and M87, with a mass difference of more than 1,500 times.

“It was very complicated to make the picture because it was taken with a special, synthetic telescope -- a telescope made up of many telescopes around the world acting as one giant telescope the size of the Earth,” Adam Riess, an US astrophysicist and winner of the 2011 Nobel Prize for Physics, told Yicai Global.

Scientists have observed many stars orbiting an invisible, extremely massive celestial body at the center of the Milky Way and named it Sagittarius A*. Photographing it serves as direct visual evidence that it is a black hole, more than 4 million times the mass of our own sun.

“Taking a picture of a black hole involves much simulation work because gases around the black hole are spinning without a break,” Shen said. “Only a picture based on the average effect of different photos can show what a black hole truly is.”

Chinese scientists participated in the pre-research of early observation technologies of the black hole, estimated its size and the limits of the image resolution, and processed the huge VLBI data collected from the observations, Shen noted.