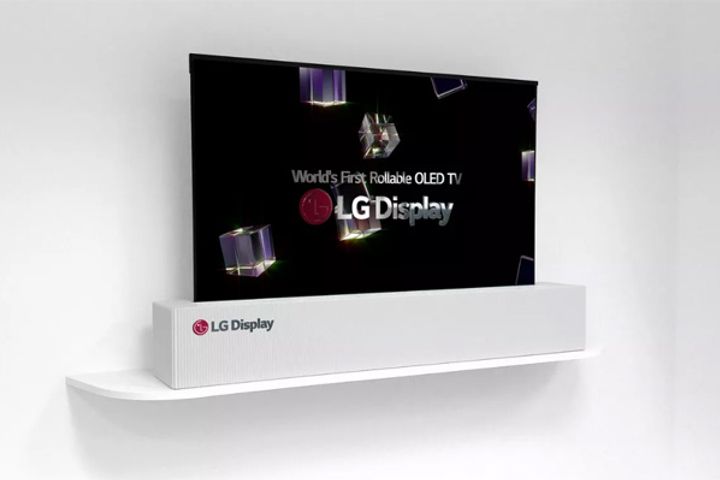 The move seeks to improve OLED's competitiveness in the large screen TV market. Though highly regarded, OLED TVs have suffered from drab sales in recent years. The new 65-inch flexible OLED TV provides an image quality of 4K ultrahigh resolution (UHR) (3,840×2,160), and is one of the few large screens which can fully furl when not in use.

The growth of OLED TV has fallen short of expectations as it has mainly developed in the high-end market. "The flexible OLED television is an innovative product which will set a milestone in TV development if it can be mass produced in a year or two, and will break free from OLED's similarity to liquid crystal display (LCD) TVs and bring freshness and a large imaginative space for users. However, OLEDs immature mass production technology makes them insignificant if their only use is as exhibition displays," Li Yaqin, deputy general manager of Sigmaintell Consulting Co., told Yicai Global.

Quantum dot television, which is LCD television with a quantum dot backlight (quantum dots are semiconductor nanocrystals which can produce pure monochromatic red, green and blue light) has posed a serious challenge to OLED over the past two years. QD gets thinner and lighter with each generation, while its color saturation approaches that of OLED. Production costs render the price of OLED twice or even thrice that of QD, thus constricting OLED's sales.

OLED is still targeting the high-end market. The factory LGD Display built in Guangzhou in southeastern China can accelerate the market penetration of OLED terminals. However, even by 2020, the overall penetration rate of OLED is projected to be only around 2 percent. "If we want OLED televisions to be popular, we need at least two things: one is cooperation from and promotion by other screen makers, apart from LGD producers; two is the application of new technologies with low cost and high efficiency to the mass production," said Cui Jilong, associate research director of the display and system division of household appliance data provider Beijing All View Consulting Co.