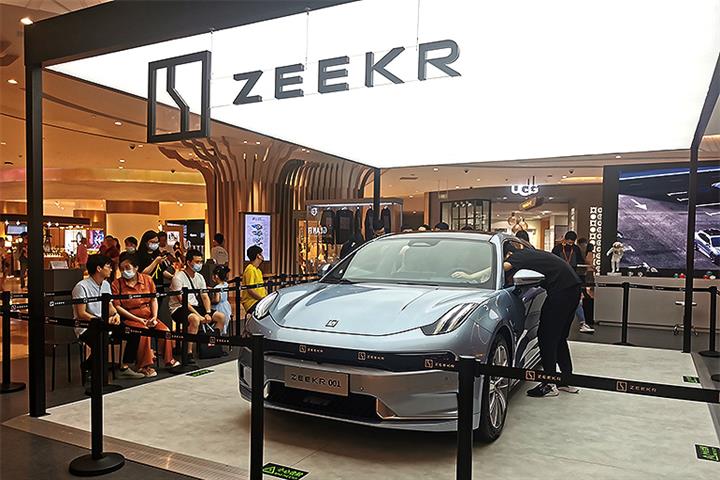 The five shareholders now own about 5.6 percent of Hangzhou-based Geely’s EV brand. Geely Auto and its partner Zhejiang Geely Holding Group own 48 percent and 46.4 percent, respectively.

The investors are leading firms in their respective fields and have advantages in smart innovative and new energy ecological technologies as well as insight into young users, vertical integration of raw materials, and new consumption, so they can promote Zeekr’s development, it said.

Zeekr’s pre-A round of financing targeted strategic investors and does not reflect its future valuation, Chief Executive An Conghui said, according to a report by AI Finance and Economics. The firm will have other fundraisers and finally go public, he added.

Intel’s self-driving subsidiary Mobileye announced that it will work with Zeekr in creating Advanced Driver Assistance Systems. The pair also plans to jointly develop a next-generation system based on six EyeQ5 systems on a chip, expected to be installed in new car models in 2023.

Founded in March, Zeekr launched its first vehicle, the Zeekr 001, at the Shanghai International Automobile Industry Exhibition in April. It aims to roll out six new models in the next three years and sell around 650,000 by 2025, to rank among the top three high-end EV makers worldwide, the firm added.