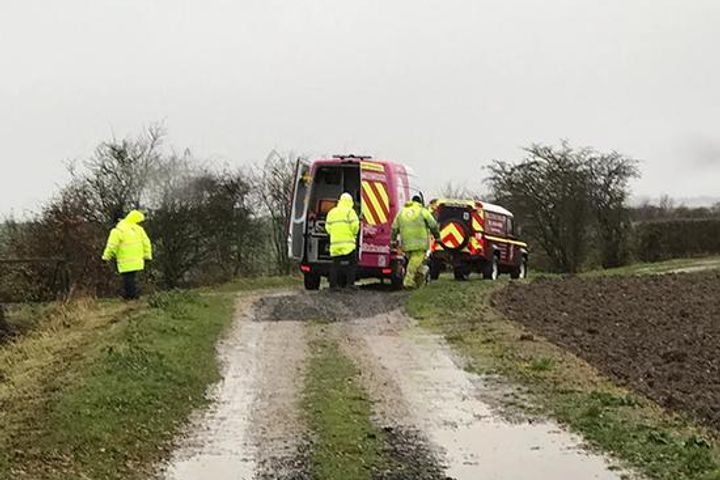 This is the first groundbreaking at the BRB Project site and it is also a critical step towards development and construction, and shows China's self-developed third-generation nuclear power technology Hualong One is about to go into operation overseas for the first time.

The main task in the current phase is to obtain experimental data relating to the seismic analysis of the BRB project site, said Zheng Dongshan, general manager of the group's UK branch.

Conduct of the geological survey marks the beginning of the field work for the BRB project.

Electricite De France and the UK government signed a package agreement on Sept. 29 to build new nuclear power projects in the UK, including Hinkley point C, Sizewell C and Bradwell B.

The self-developed third-generation nuclear power technology Hualong One will be built in the UK's Bradwell B after GDA approval, per the above agreement.

The UK Office for Nuclear Regulation (ONR) and the Environment Agency (EA) formally accepted the GDA at the beginning of the year. It will be conducted in four phases and is expected to last 60 months. The first phase of the review finished Nov. 16.