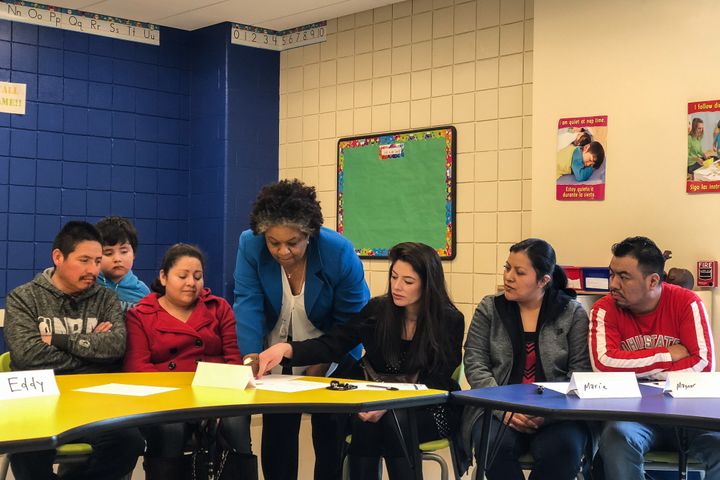 Giving Seemingly Opposing Sides a Chance to Bridge the Gap

(Yicai Global) June 26 -- When Aiden Lenox attended a meeting last year to talk about anti-bullying efforts in Cincinnati's public schools, the high school sophomore expected to talk about We Dine Together. The national initiative promotes inclusive spaces across the United States for students to eat lunch, and he had started a local chapter.

What Aiden didn't expect was for a member of the Cincinnati Public Schools board to suggest introducing his club across the district.

"It was exciting, and it really meant a lot to me to think that there's other people, especially in authority, that would be inspired and interested in sharing [the program] with other folks in other schools," says Aiden.

This exchange of ideas and collaboration is exactly what Dani Isaacsohn had in mind when he started Cohear, the group that organized the discussion.

Cohear has a simple objective: to help policymakers make better decisions by empowering members of their community.

"These conversations are getting different people in the room with people in positions of power," says Mr. Isaacsohn, who has worked on several political campaigns and as a community organizer. "By changing who's in the room, you're changing what decision-makers are exposed to and are hearing, and you're actually getting better insights."

Two years ago, Mr. Isaacsohn received a grant from the city of Cincinnati to start Cohear, originally called Bridgeable. Since then the group, which is now privately funded, has hosted dozens of conversations – between refugees and a city council member, between African-American children and the assistant police chief. The result is a network of hundreds of "everyday experts."

"There is expertise in living something every day," Mr. Isaacsohn says. "What [Cohear] is trying to do is help decision-makers access and learn from that expertise and insight."

Cohear's efforts are part of a larger trend of engaging ordinary people in problem-solving. The collaborative approach Cohear emphasizes can offer an antidote to the often hyperbolic and divisive speech found in today's political conversations.

Cincinnati, like many other communities, has been engulfed in such divisiveness in recent years. Several big-ticket projects, including a new soccer stadium and a hospital expansion, created plenty of controversy.

Such projects are often managed by private or quasi-governmental organizations whose leaders are not elected, diminishing the role residents have in decisions that affect their lives. This is where Cohear steps in, giving seemingly opposing sides a chance to bridge the gap.

"I think a face-to-face interaction injects the humanity into the conversation," says Cincinnati City Councilman P.G. Sittenfeld, who used Cohear to set up a dialogue with refugees and is one of the group's advisers. "[Cohear] puts people into a place that can be more honest, more open, and more vulnerable, and that makes for a richer interaction."

Part of what makes Cohear notable is the people attending its meetings. According to data collected at the end of every conversation, more than 60 percent of participants – most of whom are women – had never been to a meeting before, and nearly 75 percent of them are people of color.

For Jennifer Foster, who has a disability that complicates her bus commute, it was "amazing" to help shape policy that is integral to her life.

"It's been a blessing to actually see and be heard," says Ms. Foster. She attended a conversation between bus riders with disabilities and officials from the local transit authority this past September.

Mike Moroski, the school board member who talked with Aiden, was initially skeptical of Mr. Isaacsohn's claims of authentic conversations. But the longtime educator quickly became a believer. After conversations about anti-bullying efforts, Cohear produced a detailed report that synthesized its many findings, such as the students wanting more peer-to-peer mediation of bullying and more clubs like We Dine Together to build each other up.

Mr. Moroski was shocked. "That's not the first place adults go," he says. "The adults go to suspension, as opposed to how can we empower these young people to handle it not on their own, but give them the skills they need to handle it and then also create a system where it's obvious who to go to."

Nearly 50 students, teachers, parents, and principals participated in these conversations. When asked if they wanted the efforts to continue, they all said yes. Mr. Moroski is excited for the challenge.

"How do you create a chain of command that is not only authentic, but has results that parents, students can see and that is meaningful and impacts behavior? It's just difficult," he says. "We're trying to get better at it, and Dani helped us."

The next step is to build these conversations into broader change, says Mr. Isaacsohn. "These conversations, it's a spark for [change], but you have to sustain engagements – put oxygen into that spark and turn it into a real, lasting relationship."