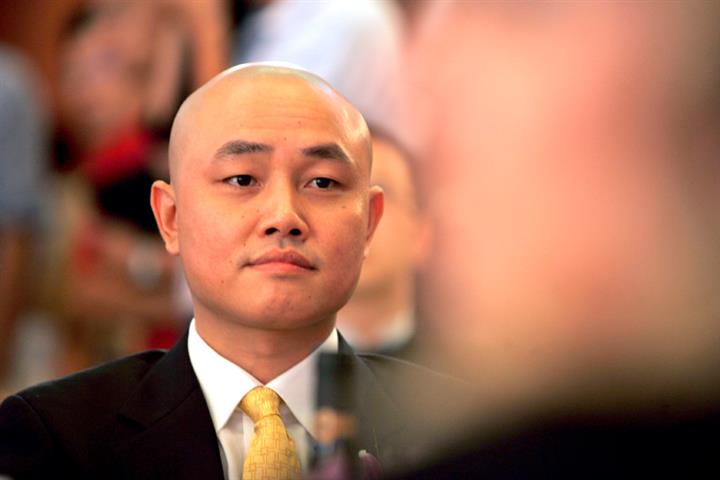 Gome’s shares [HKG:0493] closed 11.4 percent lower in Hong Kong at HKD1.48 (19 US cents) each. They had surged 10.6 percent yesterday after it was announced that Huang Guangyu would speak to investors on a conference call later the same day for the first time since being released from jail on Feb. 17.

Huang, back at the helm of the Beijing-based firm after a 10-year prison stint for graft and insider trading, pledged on last night’s call to rebuild the business by expanding its bricks-and-mortar network and by putting greater emphasis on its own particular brand of e-commerce.

Gome is planning a big expansion in its physical store presence to 6,000 outlets within the next 18 months and will leverage that network to direct hundreds of millions of hits to its online platform and in that way enter the community-based bulk buying sector, Huang said. Gross merchandise volume at Zhenkuaile, its e-commerce app released on Jan. 12, quadrupled in the first quarter, he added.

There is still a lot of room for growth given people’s increased spending power and the country’s economic growth, Huang said. In future, Gome’s brand of e-commerce will center around live-streaming, short videos and advertising displays, he said.

Huang, who set up Gome in 1987 and built it into one of China’s biggest electronics sellers, returns to a very different retail landscape. His company’s market share has shrunk to 4.9 percent, while e-commerce titans such as Pinduoduo, JD.Com, Suning.Com and Tmall have taken over with 60 percent, according to the China Home Appliance Market 2020 report.

Gome had racked up CNY69.2 billion (USD10.6 billion) of debt as of the end of last year, with a debt-to-asset ratio of nearly 100 percent. Last year’s loss nearly tripled to a record CNY7 billion (USD1 billion), while revenue plunged 25 percent to CNY44.1 billion.

The supply chain business will try to contribute CNY800 million (USD122 million) in profit this year, Huang said, while Zhenkuaile is likely to lose money initially. The retail outlets, which are run on an asset-light strategy, should not drain too much cash except for an upgrade to their interiors.