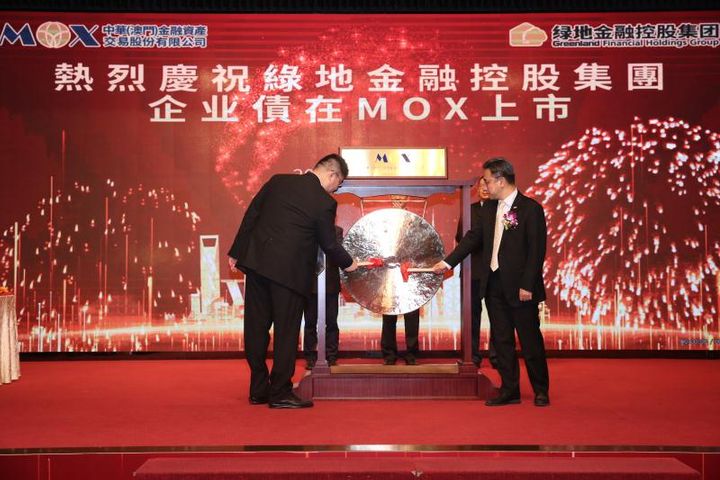 (Yicai Global) April 18 -- Greenland Financial Holdings, the investment arm of a leading Chinese property developer, said it has listed its first offshore corporate bonds and plans to open a head office in the Greater Bay Area.

The unit of Greenland Holdings listed USD200 million of corporate debt on the Chongwa Macao Financial Asset Exchange, it announced in a statement today. The notes carry a coupon of 6.375 percent and were six times oversubscribed.

The Shanghai-based company also said it intends to establish a head office in the Greater Bay Area and unveiled development plans for the region.

Taking the Macao Special Administrative Region as a foothold to further deepen its growth strategy in the Greater Bay Area, the company plans to establish Greenland Financial Holdings Group Macao, partner local financial institutions to assist in the development and apply for local finance licenses, it said.

Greenland Financial intends to team up with similar companies in Macao to jointly set up financial institutions in the Chinese mainland and the SAR and will seek two finance licenses over the next five years. It also aims to form several investment entities across the Greater Bay Area.