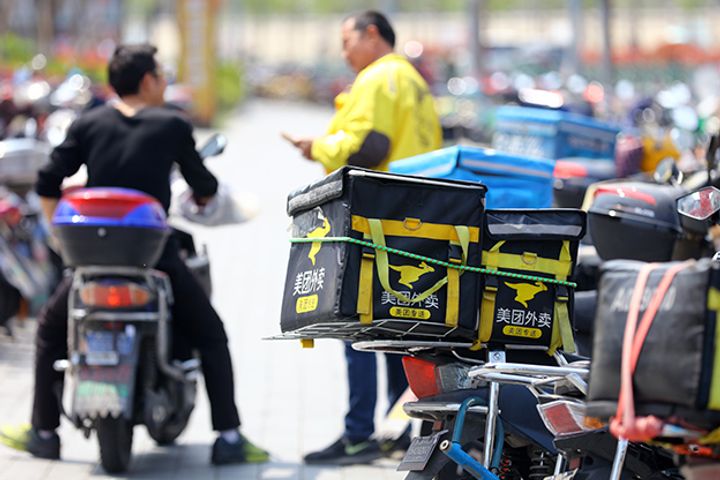 Growth has been slowing since hitting a peak in 2014, according to a report from the research unit of China lifestyle platform and takeout delivery service Meituan-Dianping. Market size and user numbers grew 18 percent and 15 percent last year, respectively, down from 71 percent and 51 percent four years ago.

The Beijing-based service has hiked its commission rate for restaurants to 22 percent from the 15 percent before. Many vendors quit the platform directly and chose to deliver food by themselves as the hike squeezed narrow profit margins in the catering sector, according to some owners.

Restaurant owners will typically increase food prices to deal with the increased rate of commission to reduce costs, which could lead to greater dissatisfaction among consumers.

It is not the first time that China's food delivery platforms have hiked their cut. When they emerged in 2003, the platforms initially charged a mere 5 percent of the price of the meal, though this figure has increased to around 22 percent. Increased costs and profitability targets are key drivers of the increase, according to industry experts.

The root cause of the hike is the shift in development focus at platforms to profitability from boosting market share, according to Jiang Junxian, head of China Cuisine Association.

However, many restaurant owners believe rising fees are also closely related to the state of monopoly in the food delivery sector. Tencent-backed Meituan Dianping and Alibaba-backed Ele.me currently take up most of China's food delivery market, accounting for a combined 95 percent in the first half of last year.