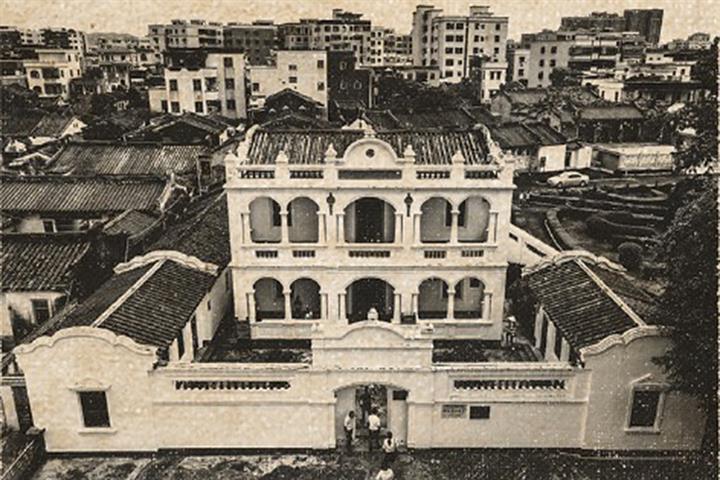 Peng was born in Haifeng in 1896. In 1921, he returned from studying at Waseda University in Tokyo at age 25 and joined the peasant movement in China. In 1923, he led the establishment of China’s first county-level farmers’ union, the Haifeng General Farmers’ Union, and proposed setting up an inclusive finance lender to support farm production.

This was the beginning of financial practice in Hailufeng (generally referred to as Shanwei prefectural-level city).

In November 1927, Peng spearheaded the setting up of the Hailufeng Soviet regime. And in February 1928, Hailufeng Labor Bank was founded.

An important measure in supporting agriculture is to abolish loan sharks. The landlord class used loan sharks as a means to exploit farmers under the old financial system, with interest rates reaching as high as 50 percent or even 100 percent. Farmers had to sell their land to repay the loans.

In contrast, the agricultural loan interest rate of Chinese commercial banks is around 3 percent to 4 percent.

Meanwhile, the chaos of the old currency system was also a major factor restricting the development of the local economy.

In Hailufeng, there were silver dollars, or dayang in Chinese, the currency issued by the national government, and banknotes issued by local warlords and businesses.

To unify the currency, Hailufeng Labor Bank printed a batch of banknotes in five denominations ranging from 1 jiao (CNY0.1) to CNY5 at the time, but it failed to issue and use the banknotes amid the ongoing turmoil.

At the end of February 1928, under attack from hostile forces, Hailufeng Labor Bank was forced to withdraw from Haifeng county, ending nearly five years of Hailufeng financial practice.

Although the life of Hailufeng Labor Bank was very short, it created a local template for the economic undertakings of the Soviet regime.

Peng was aware of the relationship between politics and the economy very early on, and formed a scientific political and economic system, Yu said.

Some of Peng’s financial propositions, such as inclusive finance, have circulated to this day and will be remembered by future generations, he added.