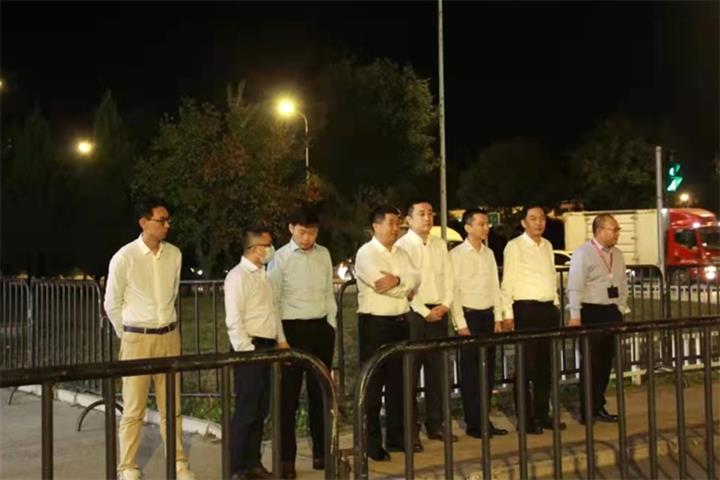 (Yicai Global) Oct. 18 -- Managers of Hainan Airlines, one of China’s top four carriers, were made to stand outside its Beijing office in the freezing cold as a punishment after inadequate care for staff was exposed. The general manager of the passenger cabin department was also removed as a vice president of the airline.

The managers had to stand outside in a freezing wind for 40 minutes, Yicai Global learned, after someone passing by Hainan Airlines’ Beijing office had earlier seen flight attendants crouching and shivering outside as they waited for a shuttle bus.

The person snapped a shot of the unfortunate staff and sent it to Gu Gang, the leader of Hainan province’s joint working group in charge of the restructuring of HNA Group, the parent company of Hainan Airlines.

HNA found that flight attendants at its affiliated airlines had been given winter clothing already, while Hainan Airlines had not yet made such arrangements. Gu criticized the management of Hainan Airlines for this lack of attention and HNA decided on the appropriate punishment.

Hainan-based HNA is one of China’s largest aviation and financial service providers. But after its debts climbed in recent years, the firm declared itself bankrupt on Jan. 29 and a restructuring began. Last month, police detained Chairman Chen Feng and Chief Executive Tan Xiangdong on suspicion of committing criminal offences.