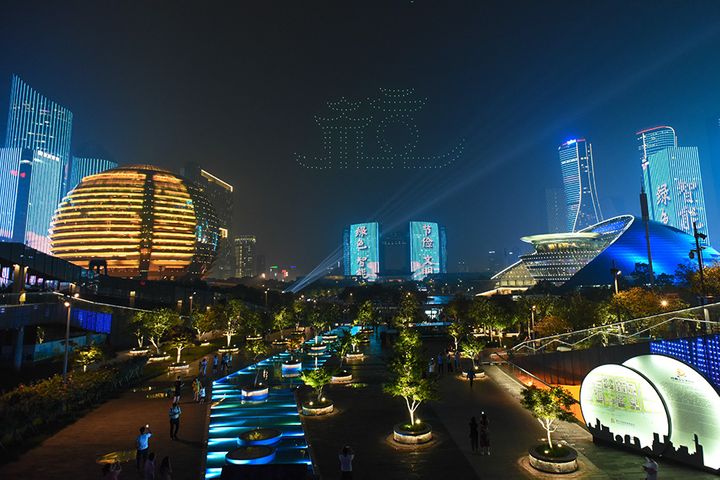 (Yicai Global) Oct. 25 -- Hangzhou, the home of e-commerce giant Alibaba Group Holding and other leading Chinese internet firms, has scored in the top group along with four first-tier cities in a survey of the nation's digital economy development.

Hangzhou's digital economy has grown at an average annual rate of 22 percent since 2014, according to a report compiled by Yicai Global and Ali Research Institute, an Alibaba think tank, that was published today. It is contributing about half of the city's economic growth, the report added.

There is a close correlation between the digital economy and the gross domestic product of cities, the report said. But those with a strong cluster of internet-related industries also benefited, Hence Hangzhou, which is also the headquarters of fintech titan Ant Financial, made the top ranking despite coming 10th in terms of GDP.

Other cities which defied the trend were neighboring Ningbo, which has the 15th largest GDP in China, yet came eighth in terms of digital economy. While Xiamen ranks 10th place in GDP but only came 46th on the list. This is despite several large internet companies, such as image processing software developer Meitu and online game developer 4399 Network, being based in the coastal city.

The report evaluated 36 major cities' potential for growth in the digital economy based on indicators such as infrastructure, digital businesses and related government services. The top 10 were Hangzhou, Beijing, Shanghai, Shenzhen, Guangzhou, Wuhan, Nanjing, Ningbo, Zhengzhou and Xiamen. Eight of them are situated on the developed eastern coastline.