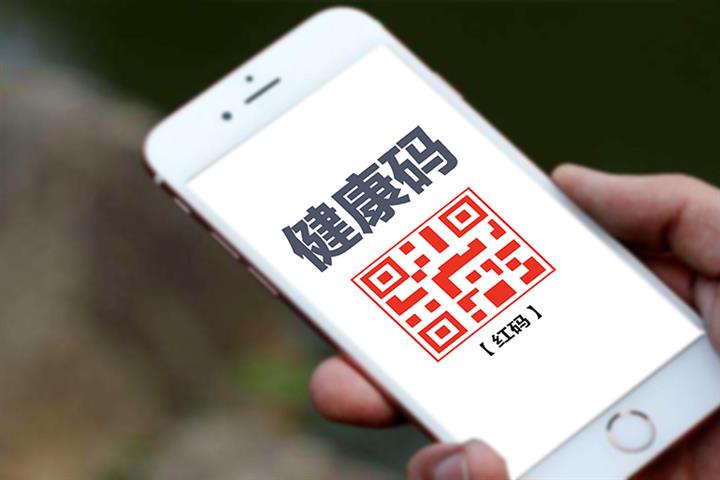 (Yicai Global) July 8 -- The Covid-19 health codes of some clients of rural banks in China’s central Henan province have turned red again just weeks after officials were punished for abusing the system by targeting depositors who tried to withdraw their savings from banks reportedly embroiled in an illegal fundraising scheme.

Yicai Global contacted the government hotline of Zhengzhou, the provincial capital, and an official said local authorities had received reports from rural bank depositors that their health codes had become red once more. Why is not yet known.

A number of officials in Zhengzhou, including the director and deputy director of the social control guidance department of the city's epidemic prevention and control headquarters, were punished last month for abusing the digital health code system. They turned the codes red of depositors trying to take their savings out of the rural banks involved, thereby preventing them from leaving home.

On April 18, depositors at a number of lenders, including Yuzhou Xin Minsheng Village Bank, Shangcai Huimin Village Bank, Zhecheng Huanghuai Community Bank, and the New Oriental Country Bank of Kaifeng, as well as Anhui province-based Yixian New River Huai Village and Township Bank, noticed they were unable to withdraw cash. In early June, the banks' clients, some of whom had arrived in Henan to withdraw funds, found that their health codes had turned red.

About 10 clients of Henan-based rural banks who are now in other Chinese provinces have seen their codes show red again with a pop-up message stating: “Henan province rates your health risk level as high.” Liang Zhen, who lives in Jinan, Shandong province, told Yicai Global that his Shandong health code turned red again yesterday. Relevant information showed the trigger originated in Henan, the same as happened on June 14.

Around June 27, Liang went to the Henan branch of the China Banking and Insurance Regulatory Commission to inquire about the money withdrawal issue, he said, noting that he has been staying at home since he returned to Jinan. He does not know why his health code is red.

China launched its health code system in 2020. It collects information about individuals’ travel and health status to facilitate Covid-19 prevention and control work. The code can be green, yellow, or red. People with red codes need to quarantine for 14 days.

Feng Xianbin, director of the social control guidance department of Zhengzhou's epidemic prevention and control headquarters, and three other officials were punishment for changing the health codes of some clients of the rural banks involved without authorization, and Feng was removed from his post, according to a notice the Zhengzhou government issued last month.