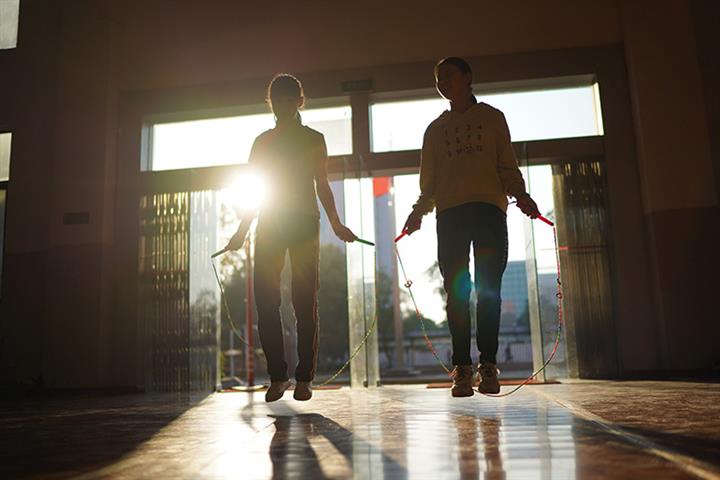 (Yicai Global) Feb. 22 -- Health and personal finances have become bigger priorities for Chinese people since the outbreak of the Covid-19 pandemic, according to the findings of a survey released today by Canadian insurer Manulife.

The Manulife Asia Care Survey polled about 4,000 people across Asia. Among Chinese mainland respondents, 93 percent have tried to improve their health amid the pandemic through diet (63 percent) and more regular exercise (52 percent).

In the first-tier cities of Beijing, Shanghai, Guanghzhou and Shenzhen, 64 percent of Beijingers increased their daily exercise, more than in Shanghai (54 percent), and well above residents in Guangzhou (40 percent) and Chengdu (40 percent). In Chengdu, 21 percent of respondents said they had not done anything to improve their health in response to Covid-19.

Eighty-six percent of mainland respondents said they are now tracking their health and fitness, including body weight, sleep quality, blood pressure, heart rate and number of steps each day.

Retirement planning seems to be a lower priority among mainland respondents, with 53 percent attaching more importance to it amid Covid-19, far below the average Asia rate of 73 percent. Forty-five percent of Chinese mainlanders said they think their personal wealth will decline due to Covid-19, above the average of 42 percent. Shanghainese respondents (36 percent) were the most concerned about loss of wealth among first-tier cities.

The survey was conducted via online questionnaires in China, Japan, Indonesia, Malaysia, the Philippines, Singapore and Vietnam. It looked into the concerns, priorities and aspirations of people who either have insurance or intend to buy it in the next six months.

Eighty-five percent of Chinese mainland respondents said they intend to buy new insurance in the next six months, just below Vietnam (91 percent) and the Philippines (87 percent), and higher than the Asia average of 71 percent. Chinese mainlanders are most interested in critical illness, accident and life cover (43 percent), compared with the regional average of 25 percent.