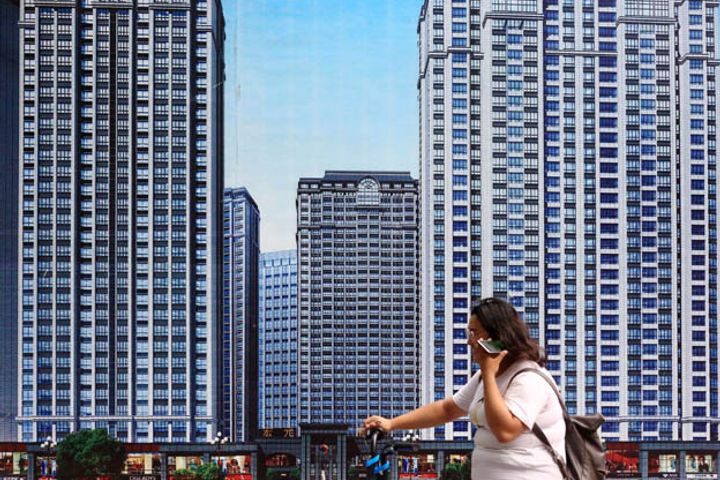 This is slightly higher than the 8.5 percent recorded for May, but falls below the June growth rate by 0.2 of a percentage point. Consumer goods retail sales growth hit a multi-year nadir since 2004 in the first seven months.

Consumption became the number one economic growth driver in China in 2016 and has stayed so ever since. Domestic spending contributed as much as 78.5 percent to national economic growth in the first half, NBS data indicate.

High housing prices are weighing heavily on consumption, analyses by statistics bureaus in the provinces of Guangdong, Guizhou and Shaanxi suggest. As to whether housing costs are affecting consumers' spending power, the answer to this question lies in the actual figures after the release of national and local balance sheets, NBS spokesperson Liu Aihua argued on Aug. 14.

A woman surnamed Qian lives in a first-tier city. She and her husband exhausted all their savings shortly after their 2014 marriage to put a down payment on an apartment. "[The apartment] is not very spacious but it's big enough for us," she said.

"The monthly mortgage payment is CNY4,800 (USD704), and this may not seem a large amount," she told Yicai Global, "but it depends on how much we earn ... disposable cash. Mortgage repayment now accounts for one-third of our monthly household income after deducting social insurance and provident housing fund contributions. We need to cover utility and phone bills, transport and everyday necessities and childcare, and there's little money left for other things," Qian lamented.

Spending one-third of one's total monthly income on mortgage payments is actually no big deal these days. Qian should be glad she bought a home before it was too late. In 2015, the year after she purchased her apartment, both housing prices and sales volumes went through the roof in many Chinese cities -- Qian's included -- driven by oceans of credit and high financial leveraging.

More families are touching the redline in housing spending. A mortgage seriously affects a household's living standard if it exceeds half its total income. This principle applies to most wage earners.

Mortgage payers are not the only ones suffering from dwindling spending power. Some  who have already paid off their mortgages are in a like bind.

A new shopping mall opened last year near the apartment building of another lady, surnamed Yang. It features all the major fashion brands, but she seldom shops there.

Even when Yang does go to the supermarket in the mall, she is a window-shopper most of the time. A honey pomelo [Chinese grapefruit] was on sale a while ago. She sampled a bite. It was so sweet and savory, but she put it back on the shelf after looking at the price tag, she recalled. "I really wanted to buy some, but it was so expensive, more than CNY30 (USD4.40) for just six sections, only about half the whole fruit, I still remember it now. I would have bought it before, but I'm loath to part with the cash now," she told Yicai Global.

Yang no longer needs to repay any mortgage, but housing -- her next apartment -- is still uppermost in her mind. "My child will go to kindergarten soon and [we] need to trade up to another school district."

Except for vegetables and fruit, "[we] buy more than 70 percent of other products on [Alibaba Group Holdings consumer-to-consumer and business-to-consumer e-commerce platforms] Taobao.com or Tmall.com," she noted, "the small savings that we realize by not going to shopping malls actually don't help much when it comes to buying a new apartment, but I still feel like saving on everything I can."

Latecomers have found properties increasingly unaffordable. Some have already given up. These tend to have greater consumer spending power in consequence.

Another woman surnamed Shi lives in a rental apartment in a first-tier city. She is less circumspect about splurging. "Today's housing prices certainly curb my spending power, but I can't stop buying things just because house prices are too high. If I can't buy an apartment in the next 10 years, does it mean that I have to live frugally [to save money and buy a property] for all these years? I can't let housing prices dictate my life!" said Shi, who was just back from a holiday with her child and husband on a South Asian island.

Just a few days after her vacation, Shi still struggles with the question of whether she should use every means at her disposal to make a down payment and buy a 'school district' property for her child.

Consumption remains an important economic growth driver, Tan Gang, vice president of the party school of the Shenzhen municipal party committee, noted in an interview with Yicai Global. The slowdown in consumption growth necessitates finding and weakening the various factors inducing the decline, he added.

"Like children's education and healthcare, housing is a main factor impacting consumer spending that requires urgent resolution. Only a return to housing minus speculation and increased investment in people's livelihoods will let them dare to consume," he advised.

"Local governments have introduced and enacted stringent property purchase controls, and housing prices have stabilized as a result, but governments still need to steadily ratchet up regulation of the rental housing market. Consumers' enthusiasm can only stir if the government manages to allay their worries," Tan concluded.