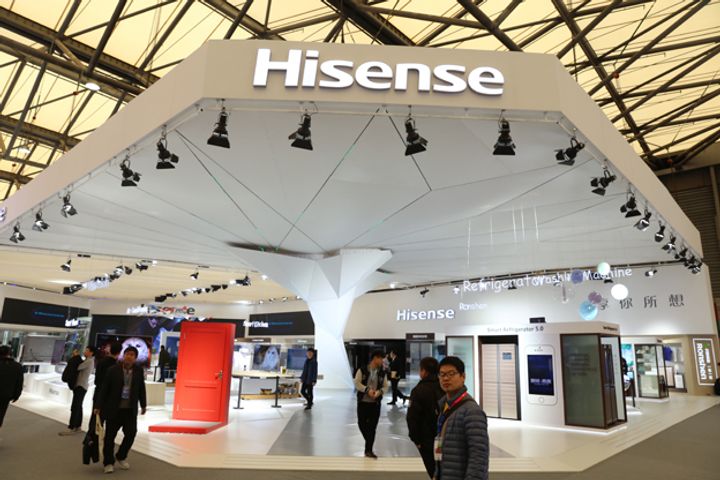 Toshiba will sell a 95-percent stake in Toshiba Visual Solutions Corp. to Hisense Electric for USD113.6 million under the deal.

The transaction is set to be completed in late February next year. Hisense will obtain Toshiba Visual Solutions businesses including production, research and development, and sales functions as well as the license to use the Toshiba brand for a period of 40 years for visual solution partners operating in Europe, South East Asia and other markets.

Hisense pushed forward its international expansion by acquiring rights from Sharp Corp. to produce TVs under its name in North America in 2015 and by sponsoring top world sporting events such as the 2016 European Cup and 2018 World Cup.