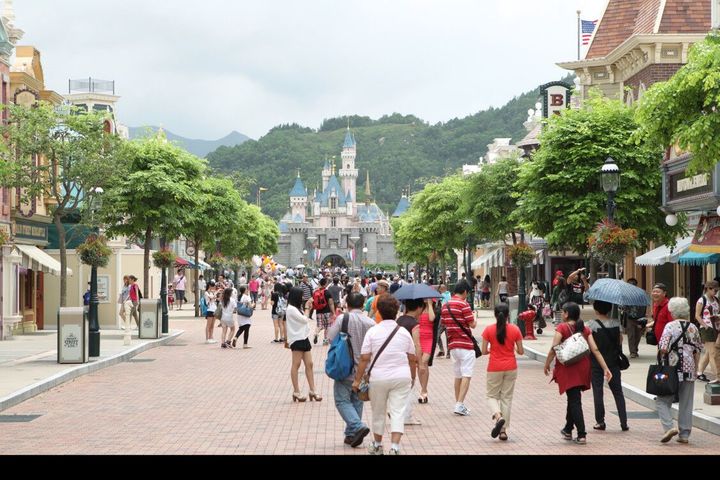 (Yicai Global) April 25 -- Hong Kong Disneyland increased its prices by an average of 3 percent from yesterday as it looks to beat rising costs and end several years of losses.

The theme park now prices single-day ticket for somebody aged between 12 and 64 at HKD639 (USD81.5), state-backed The Paper reported, citing Hong Kong Disneyland Resort. A ticket for a three to 11-year-old is up at HKD475, while those aged 65 and up can still visit the park for HKD100.

Operational costs and management needs are among the reasons behind the hikes, the report added, saying the adjustment was the venue's smallest ever leap in prices. Hong Kong residents exclusively will have a two-month grace period to enter the park with tickets bought at original prices -- until June 24, it added.

Hong Kong Disneyland pulled in HKD6 billion (USD765 million) through its fiscal year 2018, ended Sept. 29. The figure was up 18 percent on the year and marked record takings for the theme park since its 2005 opening, according to its financial report published in February.

Earnings before interest, taxes, depreciation and amortization were up 48 percent on the year at HKD1.4 billion, but the firm could still only trim the prior year's HKD335 million loss to HKD54 million and did not swing into the black. The amusement park has not made any money since its fiscal year 2015.

Larger visitor numbers were the main boost to income, according to the resort -- with more guest stays at the hotel and increased consumption. Some 6.7 million visitors attended the theme park in its fiscal year 2018, up 8 percent from the year prior, and guests spent 6 percent more on average, per the firm's report. The hotel's occupancy rate was also up 6 percent on the year.