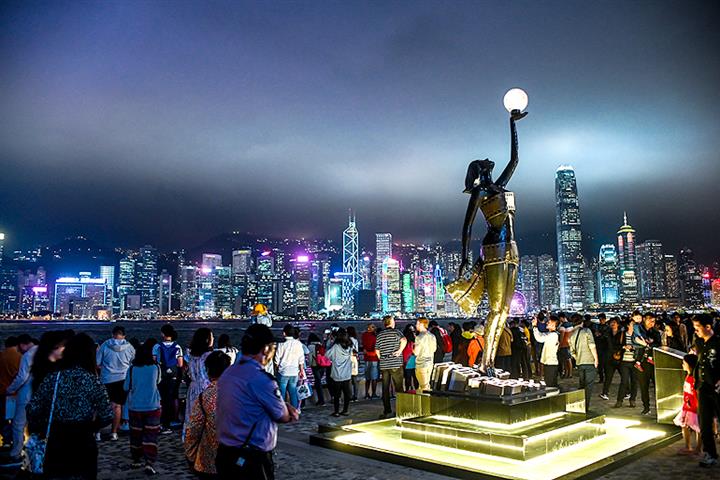 (Yicai Global) July 30 --The ravages wrought by the pandemic snipped an annual 9 percent off Hong Kong's gross domestic production in the second quarter, albeit a smaller drop than the first quarter’s 9.1 percent.

The region's economy will slowly recover throughout the rest of the year if the Covid-19 comes back under control and the outside environment keeps improving, the spokesperson continued.

The disease was generally held in check in May and June. Economic recovery in the mainland will also partly offset external adverse factors besetting Hong Kong's goods exports. Local economic conditions showed signs of steadying in the second quarter, though the pandemic continued to buffet both the global and local economy. Hong Kong’s continued to decline yearly overall in the quarter as demand at home and from overseas stayed weak.

The SAR government’s consumption-spurring outlays rose 9.6 yearly, higher than the first’s 8.8 percent of growth. But private consumption fell 14.5 percent yearly in the period from the pandemic’s hit as worsening joblessness blunted consumption.

The region's services output fell sharply in the period as inbound tourism slowed to a trickle, down 46.6 percent yearly, much higher than the 37.4 percent drop in the previous quarter. The value of exports also fell 2.1 percent yearly. though the resumption of production in the mainland meant the contraction was 7.6 percentage points lower than the first quarter’s.