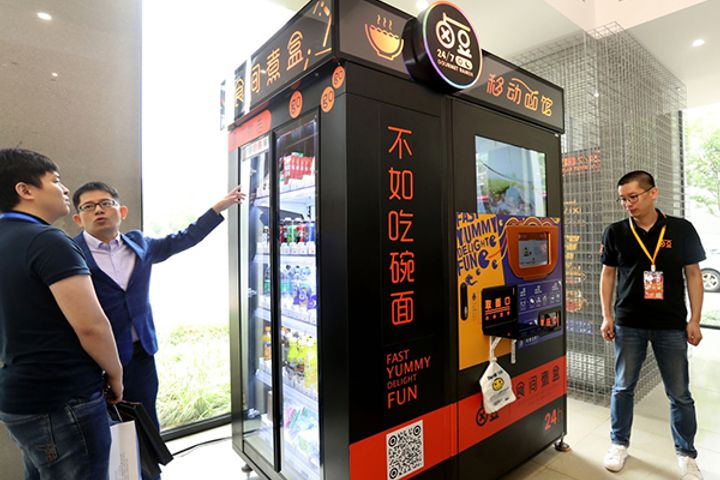 The local firm aims to install over 50 unmanned 'restaurants' around the city by the end of June, online news outlet The Paper reported Chief Executive Ma Ji as saying, adding that there are plans to expand to Beijing by the end of the year.

Ludou Catering originally installed three machines, mainly serving up hot noodle soup, in the city last October in a trial operation before closing them due to permit issues. Customers can order using a touchscreen menu before paying on their smartphones by scanning a QR-code. Four flavors are on offer ranging in price from CNY10 (USD1.6) to CNY16.

The machines needed a special license due to the heating and storage processes used. They store semi-finished noodles at a temperature of -18 degrees Celsius in before instantly heating them for 45 seconds at 120 degrees.

The company aims to sell 60 to 80 bowls of noodles each day, Ma said, adding that Ludou can become profitable once 486 machines have been installed. The number of vending machines set up in Shanghai and Beijing will reach 1,000 over the next two months with the goal of reaching 1,000 by the end of the year.