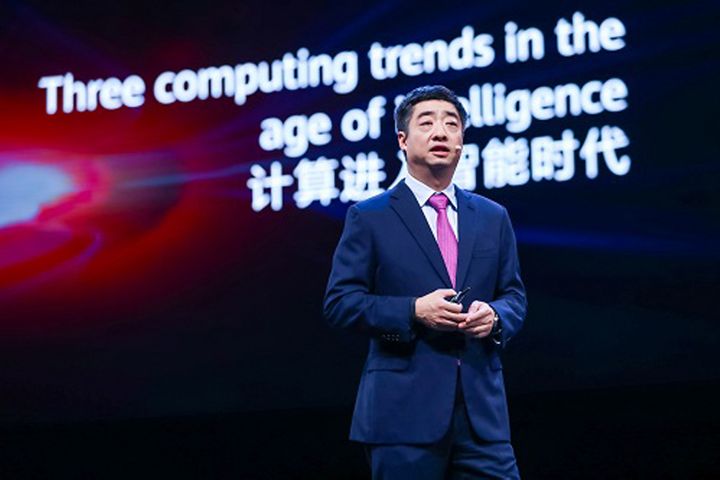 The Atlas 900 is packed with the Shenzhen-based firm's proprietary, ground-breaking architecture. It is made up of thousands of interconnected Ascend 910 AI processors, a superfast chip that boasts the greatest computing density. Each chip has 32 built-in da Vinci AI cores, a Huawei signature technology, which provide external services through Huawei Cloud servers.

Processors are the lifeblood of the entire computing sector, Deputy Chairman Ken Hu said at Huawei's annual customer conference in Shanghai today. Huawei has already developed several smart chip series including Kunpeng for general-purpose computing, Ascend for AI, Kirin for smart terminal devices and Honghu for intelligent screens. It will continue to invest in processors that can be applied in a wide variety of scenarios, he said.

The computing sector is projected to be worth more than USD2 trillion by 2023, data from global research and advisory firm Gartner shows.

Over the next five years, AI computing will account for more than 80 percent of society's total computing power, Hu said. Statistical computing, on which AI is based, will take over from rule-based computing to become mainstream.

Huawei plans to inject another USD1.5 billion into its Developer Enablement Plan and to construct an open ecosystem for research and development, according to its official WeChat account, which cited Hu. More details will be released later this week.

Launched four years ago, the enablement plan has already cultivated over 1.3 million developers and more than 14,000 independent software vendors. The extra funds will bring the number of developers to around five million.