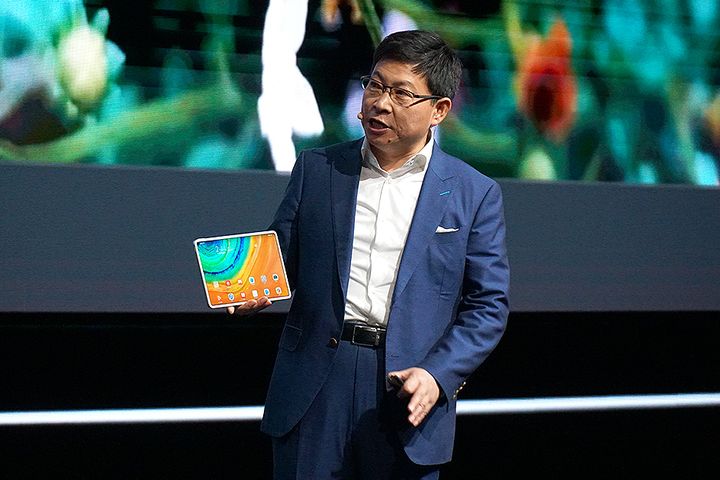 The Shenzhen-based firm revealed the device at an event in Shanghai yesterday, with prices starting from CNY3,299 (USD470) in pre-sales today.

The MatePad Pro has a screen-to-body ratio of 90 percent and features a Kirin 990 chip, multi-tasking and false-touch rejection, according to Huawei's Weibo account. It houses a 7,250 milliamp-hour battery and will be officially released on Dec. 12.

Yu Chengdong, chief executive of Huawei Consumer Business, demonstrated how the MatePad Pro can execute functions like single-click file transfers and screenshots and has the ability to share tasks across multiple Huawei devices. The firm also plans to release a 5G version in the first quarter of 2020, he said.

Huawei also unveiled a handful of other new devices, including the Matebook D -- a laptop running Windows 10, the Sound X smart speaker starting from CNY1,999, a 75-inch smart television priced at CNY12,999 and the A2 smart router costing CNY399. The products combined with a Huawei smartphone are intended to cover all hardware needs for work and life in general, according to the company.

The firm has already shipped some 7 million Mate 30 smartphones and a million GT2 smartwatches, which both went on sale in September, Yu added, saying Huawei Ultrabooks are now China's second-favorite lightweight laptop. He also denied that the company's consumer business unit plans to enter the home appliance sector.