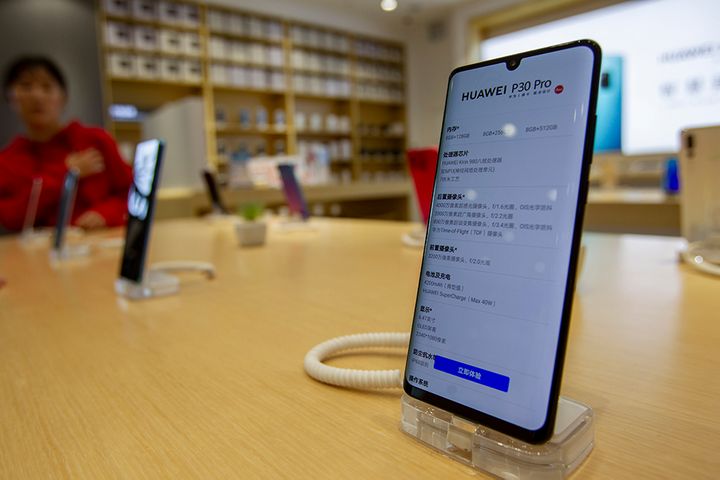 (Yicai Global) April 12 -- Huawei Technologies released its P30 smartphone series in Shanghai yesterday. With a starting price of CNY3,998 (USD595), the handsets are about a third cheaper than in Europe.

Shenzhen-based Huawei officially debuted its next generation flagship handsets in Paris on March 26. At the end of last month, the Europe base price was EUR799 (USD902).

Both the P30 and P30 Pro are fitted with its Kirin 980 processor and feature 6.1-inch and 6.47-inch organic light emitting diode curved screens, respectively.

Huawei P30 Pro phones have lifted photography to a new high and set a new record, Yu Chengdong, chief of Huawei's consumer business, said at the release conference. It is difficult for Huawei's peers to surpass it in this respect, he added.

The firm is confident of ranking first for global market share next year, Yu said in an interview with Securities Times, adding one in three smartphones sold in China is a Huawei (including the Honor brand) and it hopes to increase this ratio to one in two by late 2019 or next year at the latest.

Presales of the P30 and P30 Pro phones started at 6.08 p.m. yesterday and actual sales will begin at 10.00 a.m. on April 17. Huawei has also started to presell the MateBook 14, MateBook E, Watch GT, Freelace wireless headsets, and the SuperCharge portable power source at the same time.