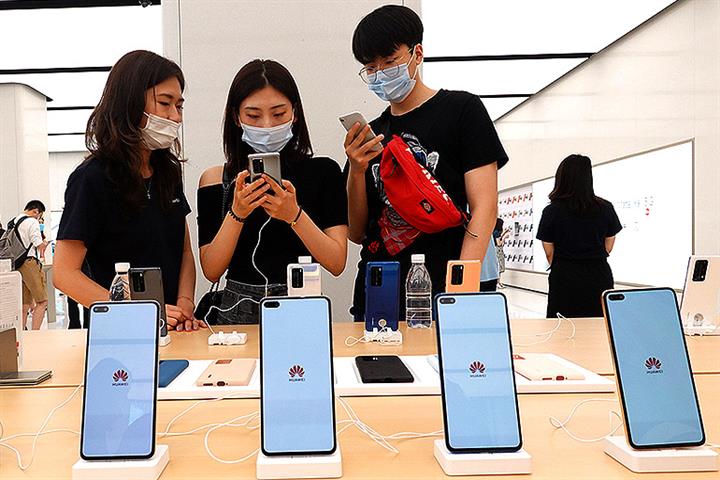 (Yicai Global) July 30 -- Chinese telecoms giant Huawei Technologies sold the most smartphones in the world in the second quarter, supplanting Korea’s Samsung to take first place, according to a report by Singaporean market research firm Canalys.

It is the first time in nine years that a mobile phone maker other than Samsung or the US’ Apple has held the top spot, it added.

Despite a 27 percent fall in overseas shipments over this period due to the dampening effect of ongoing US trade sanctions, Huawei was buoyed by increased domestic demand, which surged by 8 percent. Over 70 percent of the Shenzhen-based firm’s smartphones are now sold on the Chinese mainland.

Huawei has made full use of China’s V-shaped economic recovery to accelerate the growth of its smartphone business, said Ben Stanton, senior analyst at Canalys. Samsung’s main markets of Brazil, India, the US and Europe have all been seriously impacted by the Covid-19 pandemic. The Korean phone maker’s presence in China is small, with only 1 percent market share, he added.

However, maintaining its lead position in the long term will be quite difficult for Huawei, said Jia Mo, analyst at Canalys. Major partners in Europe and other crucial markets have become more cautious about the Chinese electronics manufacturer and have cut their purchases of Huawei products and introduced new brands to reduce risks.

Only depending on the Chinese market will not help Huawei keep its top ranking once the world economy starts to recover, Jia added.