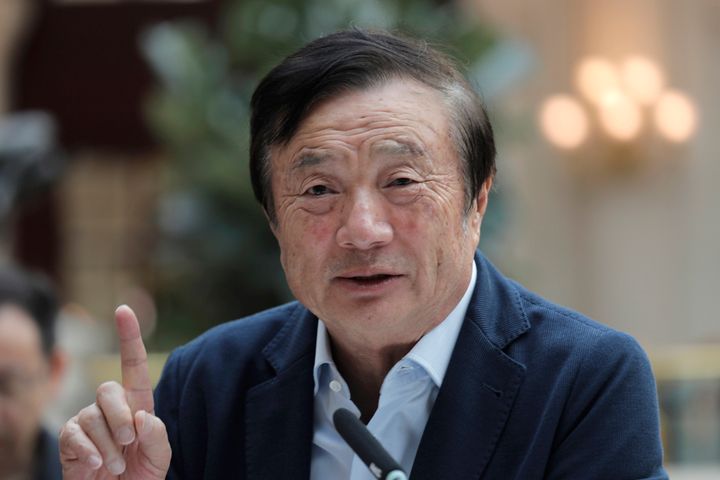 (Yicai Global) May 21 -- Huawei Technologies will keep buying chips from the US on a large scale and continue to receive normal supplies from American companies, Ren Zhengfei, founder of the Chinese telecom equipment giant, said today.

The 90-day temporary license bears little meaning to Huawei as the blacklisting will not affect the firm's fifth-generation mobile network business nor cause declining phone sales, Ren Zhengfei, told Yicai Global in an interview.

US President Donald Trump ordered the trade shut-out on May 15, citing national security concerns. The Bureau of Industry and Security of the US Department of Commerce put Huawei and its affiliates on an Entity List on May 16, Washington local time, which would restrict US firms from selling to Huawei without government approval.

The US government blockade will also not cause Huawei to contract, and the company's production has not dropped, Ren said in the group interview with Yicai Global and other media in the firm's Shenzhen headquarters today, adding "Our growth will slow slightly, with 25 percent growth last month and less by the end of this year, but it won't cause negative growth or damage our industrial chain."

US Department of Commerce announced yesterday, however, that it will allow Huawei more time to adjust to the embargo so that the Chinese firm may maintain its existing networks and handset software and make necessary adjustments.

"The amity between US partners and us that has come into being over decades won't be ruined by the ban," Ren said in response to the US backlisting.

Huawei will not only buy from, but also sell to the US and they will grow together, Ren stated.

"We have all kinds of high-end chips, and normally use our own chips for half and the US ones for the other half," he said, adding, "Huawei always needs US chips and we will buy them on a large scale as long as our US suppliers get sales licenses. If any supply shortage occurs, though, we do have backups."

Ren also expressed his respect for American companies in the interview. "Most of Huawei's consultants are from the US, including International Business Machines and Accenture. Many of our parts suppliers have also given great support to us in the current crisis and we can feel the conscience of these US firms."