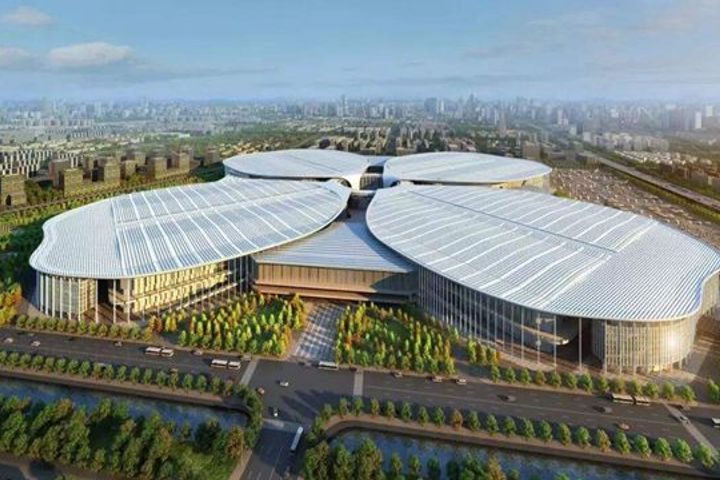 (Yicai Global) July 2 -- "China creates positive momentum and expectations for the world economy, particularly a host of developing countries, by increasing imports and through the platform of the China International Import Expo (CIIE), which is an indication of China's commitment to push to build a community of shared future for humanity. This 'Chinese Commitment' will bring more benefits to its developing partners and help form an open world economic landscape", said Zou Lei, lecturer at the Party School of the Shanghai Committee of the Communist Party of China, in a recent interview with Yicai Global.

About 400 million of Chinese nearly 1.4 billion population are now in middle-income groups, Zou said. The Chinese government has pledged to import USD8 trillion worth of commodities, attract USD600 billion foreign investment, and pump USD750 billion into outbound investment in the next five years. Both its vast consumer base and strong policy support will offer extensive market, investment and development opportunities for these countries, while creating masses of jobs.

China is now Kazakhstan's third-largest export market and largest source of imports. A long-term natural uranium supply from Kazakhstan and Uzbekistan is a great guarantee of nuclear fuel for China.

The first three months of this year saw the bilateral flow of trade goods between China and Kazakhstan climb 17 percent to USD2.51 billion, while exports from it to China rose 10.2 percent to USD1.40 billion and its Chinese imports were USD1.15 billion, up 26 percent. Kazakhstan enjoyed a USD240 million trade surplus from this exchange, per data by the country's statistics agency.

Makhmut Tomanov, former president of the Young Scientists Council and director consultant of Almaty University of Power Engineering Telecommunications (AUPET), expressed his wish in an interview with Yicai Global to enhance his country's economic diversity by cooperating with China, on top of their long-running cooperation in energy and bulk commodities, in a move to steer the former's future economy toward finance and e-commerce with less reliance on the oil and gas sectors.

The active move to partner with China is intended to bolster sales of Kazakhstan's products by taking advantage of the former' e-commerce and Internet of Things (IoT) platforms, Tomanov said, adding that promoting exports to its giant neighbor comes as one of the development initiatives that Nursultan Nazarbayev, the country's president, proposed. Kazakhstan's wheat, bread and organic food have huge potential in the Chinese market, he noted, based upon a detailed analysis.

Vegetables and fruits from Kazakhstan and other Central Asian countries are now familiar to many Chinese consumers. Accelerating agricultural cooperation between China and countries in the region and Russia, booming cross-border e-commerce, and trade facilitation measures such as tariff reductions and faster customs clearance based on trade agreements between China and Eurasian countries all form the motive force for this, he said.

China and the Eurasian Economic Union (EEU) have completed their substantive negotiations on an economic and trade cooperative agreement and signed a joint declaration in October. The agreement, which comprises 10 chapters covering customs procedures and trade facilitation, technical trade barriers, trade remedies and departmental collaboration, seeks to lessen non-tax trade barriers and improve trade facilitation while laying the basis for further negotiating to set up the next level of free trade.

Georgia, once unknown to most Chinese, is now familiar for its characteristic high-quality red wine, a fruit of the China-Georgia Free Trade Agreement signed in May last year that includes 17 chapters covering trade in goods trade, service trade, and intellectual property and rules. The agreement realizes the target of comprehensive and high-level content and balanced interests and gives China an in to deploy its network deployment in the Eurasian Free Trade Zone.

The Second Amendment to the Asia-Pacific Trade Agreement, a document from the fourth round of tariff concessions, officially took effect and was implemented on July 1. Six signatories -- China, India, South Korea, Sri Lanka, Bangladesh and Laos -- cut tariffs on products in 10,312 dutiable items with an average reduction of 33 percent.

It will also grant preferential tariffs to 1,259 products from Bangladesh, the least-developed country in the agreement, and 1,251 products from Laos with average tariff decreases of 86 percent.

Enterprises from over 100 countries and regions will participate in the first CIIE held in Shanghai in November. Many developing countries will attend the expo, including Mongolia, Malaysia, Thailand, Pakistan, Tanzania, Egypt, Kazakhstan, Georgia, Brazil, Chile and Peru.

China, as the expo host, will provide two free standard expo stands for each underdeveloped country participating to help them showcase their high-quality products like clothes and daily-use consumer goods, food and agricultural produce and health-care products, as well as their tourism and cultural resources to afford them greater opportunities to partake in global economic and trade collaboration and improve their own self-development capacity, public information shows.

China's efforts to trim duties on agricultural produce through free trade agreements, and by urging companies to set up e-commerce platforms, innovating and streamlining the procedures for inspection, quarantine and customs clearance and establishing channels to guarantee logistics have greatly contributed to this achievement.