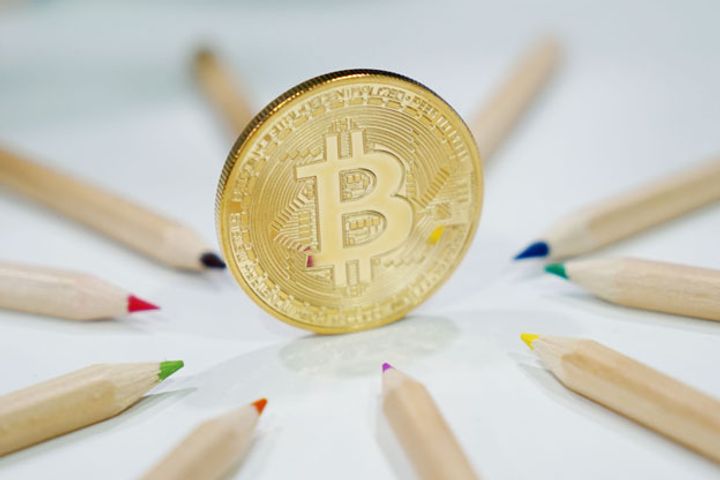 (Yicai Global) March 1 -- The dramatic fluctuation of the prices of cryptocurrencies such as Bitcoin has recently become the focus of the global financial markets. As cryptocurrencies are gradually extended from the small circle of techies to ordinary financial investors, the central banks and fintech companies in major countries are further exploring the area of central bank-issued digital currency, or CDBC, also known as Digital Fiat Currency -- DFC.

The advent of digital currency brings about opportunities for reforms in the international payment and financial systems. The benefits of reducing paper currency circulation are very clear. The advantages of digital currency in improving the monetary policy implementation mechanism and developing an inclusive financial sector make digital currency very attractive to developed countries and emerging markets. On the other hand, as digital currency is beyond the scope of the traditional monetary system, it poses challenges to cross-border payment supervision, especially with regard to crackdown on money laundering and financing terrorism, as well as consumer protection, taxation, and capital control.

In this broad context, all stakeholders should cooperate to discuss and explore issues related to the operating mechanism and ecosystem of DFC, such as policy and technological challenges, security of digital currency, its compatibility and standardization.

To this end, Yicai Global had an exclusive interview with David Wen, Chair of ITU Focus Group on Digital Fiat Currency at International Telecommunication Union, or ITU. During the interview, he illustrated the characteristics of DFC, its current development status, and the future prospects. He was optimistic that developing countries may outrace developed countries to first introduce DFC.

Yicai Global: In recent years, people have become very interested in Bitcoin and the future development of digital currency. As a scientist and one of the world's best experts in the field, you have spearheaded the formulation of standards for this field, and you are currently working on DFC. We are very interested in this new concept. Could you tell us about this concept of DFC? Where did it come from? What will major foreseeable changes take place in this field in the future?

David Wen: Let me give you a simple example. Our existing financial infrastructure is like a pipe, and various digital currencies are like water. However, as there are too many kinds of digital currencies that cannot be mutually converted, the "water" cannot converge into one flow to run through the pipe. In actuality, if you want to transfer money from a bank account, it involves a lot of settlement and clearing work. Moreover, if you save cash into a bank account or an AliPay account, the cash will not be liquid and can only be used in a closed system. In that case, instant settlement is not available, and a large settlement and clearing system is required, entailing high social costs.

The Central Bank-issued Digital Currency, CBDC, can converge all kinds of "water" into one flow to run through the "pipe." CBDC is functionally similar to cash. It can be interpreted as digitized cash sent via a communication system, in other words, digitized cash sent by the central bank directly to individuals, without going through any intermediaries (other institutions/individuals). DFC is a currency that can circulate in any system. Only DFC can be used as an accounting unit.

As digitized cash is issued by the central bank, we trust it, and this can effectively reduce the payment costs of the entire society and improve efficiency. This is called zero friction. Here is another advantage: if we put digital currency into a private institution, there are risks that the private institution may go bankrupt; in contrast, the central bank does not have such risks, so there is zero risk. To sum up, DFC is frictionless and riskless.

In the future, DFC may become an alternative to cash. At present, the technological challenge with CBDC is that the central bank needs to construct a comprehensive technological framework that uses all existing technologies to connect all banks and third-party payment institutions into the framework.

Besides, like the ancient Chinese copper cash, DFC is also "a circle with a square hole in the middle." The "circle" here refers to the above technical issues: reducing costs and improving efficiency; the "square hole" refers to rules, laws, and supportive measures. DFC consists of these two parts: a circle and a square hole.

David Wen: The encryption technology used by Bitcoin now is relatively simple. If it is applied to CBDC, that will not be secure enough. Central banks around the world and the ITU all agree that cryptography is closely related to hardware, and that the overall security can be guaranteed only through hardware encryption. At present, banks and governments also use hardware for encryption. Bitcoin uses a data structure without hardware. If CBDC relies on mere historical data like Bitcoin, security is potentially vulnerable.

David Wen: I think everything is possible. The concept of blockchain technology is great. It can be used to resolve many issues about identity authentication, the Internet of Things, etc. However, in actual practice, we need to separate application, issues, and technologies, analyze specific issues, and clarify issues. In other words, we have to think from the perspective of specific issues, not technologies.

Yicai Global: As far as privacy is concerned, today's digital currency, such as Bitcoin, is anonymous, and anonymity can protect people's privacy. However, as far as the global fight against money laundering and financing terrorism is concerned, people think that digital currency should be trackable. What are the links between these two requirements: anonymity and trackability? How can DFC meet the dual requirements of privacy and security?

David Wen: Technologically, in the digital world, it's difficult to really achieve anonymity. In fact, Bitcoin is not anonymous. We can track Bitcoin accounts to find out the location of a specific logon by a specific user. If a user logs on to his account on a certain day in a certain location, all the trajectory can be tracked. Even if the user uses a dark web, the user will leave footprint as well, so there is no complete anonymity. But here comes the question – how can DFC protect consumers' rights and interests and privacy?

In fact, this is essentially a policy issue, not a technical one. Technically, we can divide privacy into layers and protect it on different layers. Residents' daily normal transactions are protected by anonymity. However, when legal issues are concerned, transactions are trackable and not protected.

Yicai Global: Last year, China labeled initial coin offering, or ICO, illegal financing, and later all digital currency trading platforms in China were shut down. However, the international community's attitude towards ICO and digital currency trading is different from that of China. How do you think of the consistency with international regulatory measures in this respect? What role can the ITU play in this area?

David Wen: Countries' regulatory measures on digital currency and ICO are based on their national conditions. The ITU is an institution of the United Nations, and its job is to provide a platform agreed to by all countries, so that relevant technologies can become more transparent, and countries can better understand technologies and collaborate on the ITU platform to achieve better policy results.

Yicai Global: As mentioned previously, China's practices of regulating digital currencies, such as ICO and Bitcoin, are different from those of other countries in the world. How do you view China's policy attempts in this aspect? And what do you think of China's development in this area?

Yicai Global: Based on your knowledge of the entire technology platform and China's transaction, payment, and central bank systems, how long does it take for China to launch its legal digital currency?

David Wen: It's hard to judge. China's financial system is complicated and diverse. Some areas are advanced, while other areas are backward or still blank. Moreover, regulations are inconsistent. In view of this, China may start its efforts to introduce legal currency early. However, it may take a long time before it can be fully completed. It is easy to break the ice, but it takes a long time to complete the mitigation.

Therefore, I hold that, in some narrow application scenarios, such as liquidation and settlement, China will promote the use of legal digital currency rapidly. However, it will take a longer time to promote digital currency to individuals.

I'm also a co-founder and chief scientist at eCurrency. You should be informed that eCurrency has started business operations in three developing countries and also received regulation and guide from central banks in these countries, so my optimistic forecast is not out of speculation.

Yicai Global: Could you reveal your latest progress in cooperation with the Philippines' central bank in this area?

David Wen: Actually, the Philippines' Securities and Exchange Commission and central bank said late last year that they would explore digital currency-based financial instruments. The commission will consider classifying some tokens used in crowd funding into securities, and banks will conduct trading via registration to meet regulatory requirements while offering trading of digital currencies under regulation of the central bank.

According to a survey released by the central bank, 86 percent of the families in the Philippines do not have a bank account. Designed to promote financial inclusion, RCBC's digital currency will provide a secure and efficient digital storage and trading tool for people in the country. In response to the "Regulatory Sandbox" initiative introduced by the central bank, digital cash launched by RCBC can be distributed on all existing payment trading platforms in the country and applicable to all electronic currency wallets. eCurrency and RCBC will work with the central bank of Philippines to launch RCBC's electronic currency as early as in the second quarter of 2018.