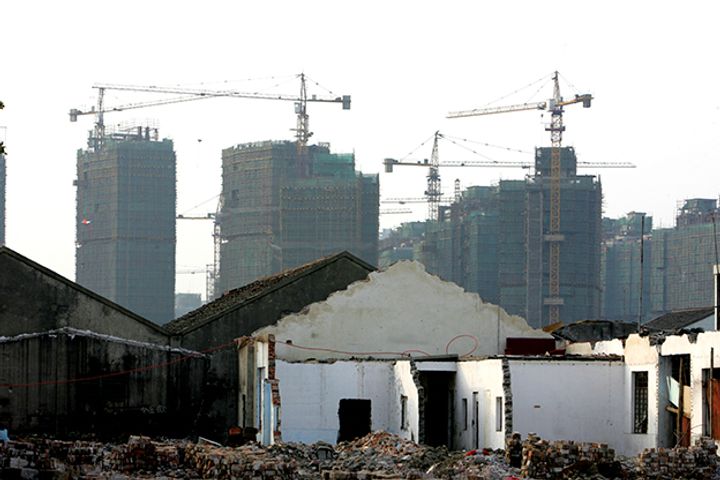 (Yicai Global) July 5 -- Investment in China's property sector is the key factor for China's recent surge in house prices, says a new research report, which goes against a widely-held view among analysts that government compensation for resident relocation was to blame.

The main motive for homebuyers in China is to invest, writes Gao Li, director of Southwestern University of Finance and Economics' Survey and Research Center for China Household Finance in the survey report. The proportion of respondents who consider investment to be the key driver for house purchases has risen to 50 percent in the first quarter this year, up from 20 percent in the same period in 2008.

As part of China's efforts to promote urbanization, many local governments choose to provide residents with financial compensation when they are relocated from their houses. Many analysts believe that the incentives are driving sharp price rises in third and fourth-tier cities. However, the report finds that only 20 percent of compensation recipients choose to buy new homes.

Some 7.9 percent of urban houses were demolished between 2013 and 2017, with nearly one-third of owners accepting monetary compensation, the survey found. However, only one-fifth of recipients bought new homes, accounting for just 4.1 percent of all purchases and therefore having a very limited impact on the market.

From a regional perspective, first-tier cities made up 12 percent of the compensation recipients, while second and third-tier cities accounted for 26 percent and 15 percent, respectively. At the same time, recipients only represented 5.6 percent of total home-buying households in the third- and fourth-tier cities, lower than that of first- and second-tier cities.

Demand for household housing is basically being met, Gao said, adding that this is the main reason why nearly 80 percent of those receiving compensation did not reinvest it in a house.

The study found that just over half of households receiving monetary compensation already had multiple houses before the renovation program and 70 percent of them chose to live in their other houses, with the remaining 28.3 percent chose rentals or lodging with relatives or friends.