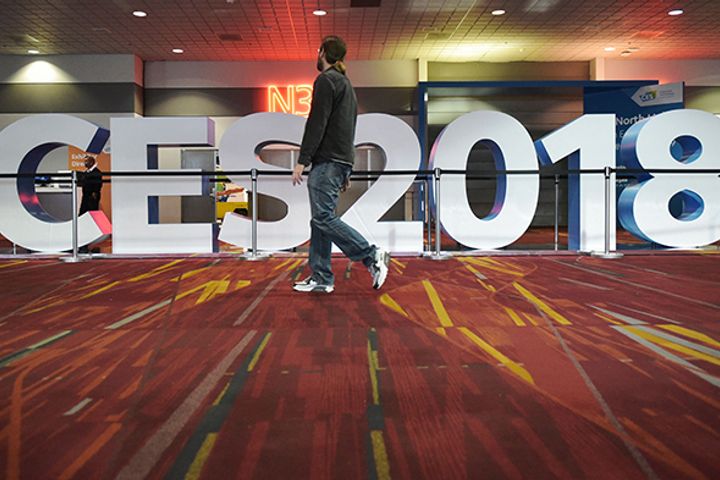 (Yicai Global) Jan. 8 -- The International Consumer Electronics Show 2018, formerly known as CES, is to kick off in Las Vegas Jan 8-12. 'Made in China' products and Chinese brands will heavily feature in the world's biggest annual consumer electronics event, which offers a golden opportunity for global investors to keep abreast of the latest trends and explore more "star" projects.

The organizers marked 1,551 exhibitors as enterprises in China, accounting for 33 percent of all exhibitors. Some 58 percent of the Chinese enterprises that will participate in this year's consumer electronics show are based in south China's Guangdong province. Notably, there are 666 exhibitors from Shenzhen, China's 'Silicon Valley,' or technology hub.

"More and more Chinese companies commit themselves to practical technology products, many of which went into mass production, while the US counterparts basically devote to showcasing conceptual technologies," Alex Ren, managing partner of BoomingStar Ventures in Silicon Valley told Yicai Global.

Apart from showing the strengths of China in hardware manufacturing, he believes, more enterprises head for Las Vegas to know more about the updates of the science and technology trends in the US and learn about other technologies. The investors have similar motives, too, he adds.

Alex Ren plans to visit unmanned vehicles, robots, smart home and VR stands in the exhibition. However, consumers have more visualized expectations from the 2018 electronics show.

As a 'We-media' organization focusing on consumer technology in Silicon Valley, GIGadgets develops itself into a community where users have a final say in topics and participation degree. Average users in the US give most prominence to future transportation innovation-driven technologies including driverless initiative, followed by large or micro-robots capable of providing feasible solutions, Huang Xiaqi, founder of GIGadgets, said. In contrast, robots imitating interaction and acts of human or animals receive less response from users, he observed. "Technologies capable of displaying simulated scenarios are in a better position to draw consumers' attention."

Artificial intelligence is set to become a common hot topic worldwide this year, from which the driverless technology, smart speakers, chips and other devices are derived. All of them aim to lead the future interactive mode between human beings and machines in a way closer to the most natural form of human interaction.