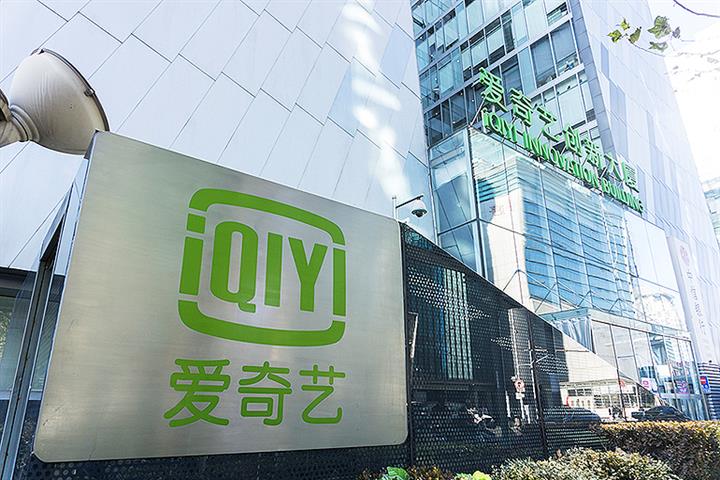 (Yicai Global) May 27 -- Shares in iQiyi jumped 9.2 percent after the Chinese long-form video platform announced it had posted a profit in the first quarter, making money for the first time in its 12-year history, on a record-high gross margin and reduced operating expenses.

iQiyi’s share price [NASDAQ: IQ] closed at USD3.91 yesterday, giving it a market capitalization of USD3.4 billion. The Beijing-based company’s stock has lost almost 70 percent in value over the past 12 months.

iQiyi was able to effect the turnaround by reducing costs and increasing efficiency, the firm told Yicai Global. It optimized its organizational structure to reduce labor expenses, it made better choices in content production and procurement to cut content costs and it made full use of its existing resources to generate more advertising and membership revenue.

iQiyi had been losing money since it was founded in 2010 due to high spending on original content and royalties. In March, founder and Chief Executive Officer Gong Yu said he wanted to break even this year.

iQiyi's membership revenue increased by 4 percent in the first quarter year-on-year to CNY4.5 billion (USD705.4 million), largely due to a hike in subscription rates introduced at the end of last year, according to the report.

Last December, iQiyi increased its monthly gold membership fees to CNY22 (USD3) from CNY19, and its non-consecutive monthly VIP charges to CNY30 from CNY25. As a result, the average monthly fee from subscribers climbed to CNY14.69 (USD2.18) in the first quarter from CNY13.64 one year ago, although the average daily number of paying users dipped to 101.4 million from 105.4 million.