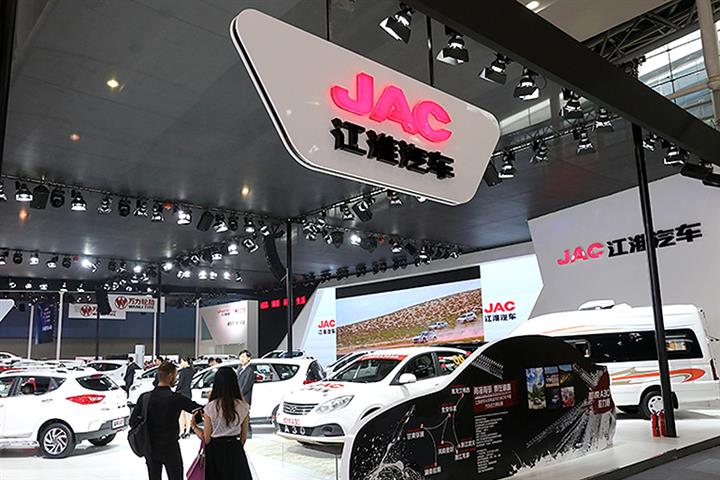 (Yicai Global) April 30 -- The chairman of Anhui Jianghuai Automobile Group has handed in his resignation after spending nearly half a century at the Chinese carmaker, better known as JAC Motors, and will be replaced by General Manager Xiang Xingchu.

51-year-old Xiang, who has worked for the company for a comparatively short 27 years and has been general manager for the last eight, will be the new chairman, the Hefei, eastern Anhui province-based firm said yesterday.

An Jin, who joined the firm in 1975 and has served as chairman since 2012, is leaving at a time when JAC Motors’ sales and market share are dwindling. Last year 456,100 units were shifted, down 30 percent from the all-time high reached in 2016.

JAC Motors became the contract manufacturer for Shanghai-based Nio’s cars in 2016. Last month the two parties announced that they were to take their partnership one step further and set up a joint venture to produce intelligent new energy vehicles and their parts. JAC Motors will hold a 51 percent stake in the new JV.

In 2017, JAC Motors linked arms with German auto giant Volkswagen to set up an NEV JV with equal ownership. In July last year Wolfsburg-based Volkswagen upped its stake to 75 percent to take control. The JV, called Volkswagen Anhui, is Volkswagen’s third electric car plant in China. It is expected to start operating in 2023 and produce up to 300,000 units a year.