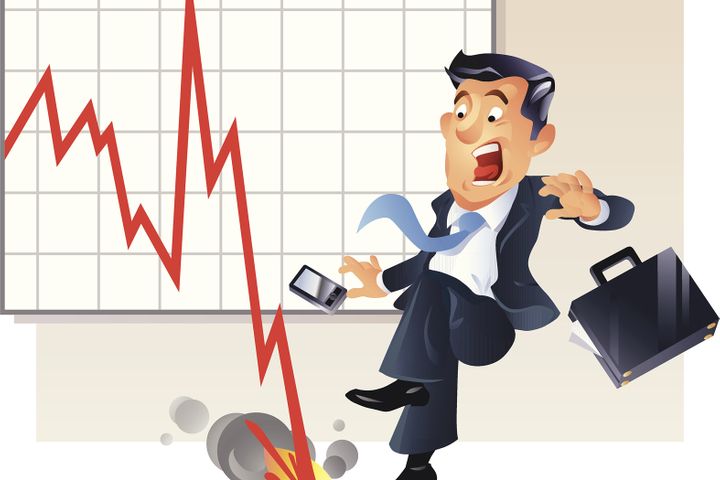 (Yicai Global) July 3 -- Share price of Kweichow Moutai Co. [SHA:600519] could have peaked after speculators placed heavy demand for Moutai, a Chinese liquor made from sorghum, and hot money flows into the stock, pushing up its price.

However, Kweichow shares were down for two consecutive trading days after its market cap exceeded CNY600 billion (USD88 billion) on June 27 for the first time. Although the decline was small, it appears to confirm some speculation that its share price could be another bubble.

A-shares in Kweichow Moutai fell rapidly after opening higher in early trading today and dropped by as much as nearly 3 percent in intraday trading before picking up slightly, down 1.9 percent at the end of noon.

China's capital markets had two sharply differing views when Kweichow's market value exceeded CNY600 billion on June 27 for the first time. One view holds that Kweichow's valuation still has room to increase this year, while the other view holds that its market cap will be in an unreasonable range once surpassing CNY600 billion, meaning further share price rises will have nothing to do with the company's value, which is similar to the situation when speculative funds dominated Chinese liquor stocks on the ChiNext board in mid-2015.

Driven by leveraged funds, the Chinese A-share market rallied in mid-2015 and peaked in mid-June before plunging sharply, causing huge losses to the vast majority of investors who followed suit.

People insisting that Kweichow shares will continue to rally often cite the tight supply of Moutai as a reason for their bullish bet. However, a veteran Moutai investor told Yicai Global, "The tight supply of Moutai is mainly because private investors are hoarding the liquor, creating a fake market boom. Many people buy liquor not for consumption but for investment as they believe it will become more valuable a few years later. The actual demand for Moutai is probably not as strong as imagined."

Dong Baozhen, a well-known investor, warned via his microblog on June 28: "Share prices of Kweichow Moutai will be out of control if they continue to increase. The stock trading at a price to earnings (PE) ratio of less than 30 times is best for everyone. It will be dangerous if its PE ratio exceeds 30 times."

If shares in Kweichow continue to rally at the current pace, what happened on the SME board and the ChiNext board in 2015, when the majority of investors were hard hit as they felt excited about the rapid surge, will occur again, Dong believes.

Kweichow's share price has deviated from its intrinsic value and is in the initial stage of bubbles, Shen Yang, chief securities analyst at Orient Securities Co. [SHA:600958], told Yicai Global, adding that many new investors just want to earn quick cash. Shares in Kweichow Moutai has risen 43 percent since the start of this year and surpassed Diageo Plc. [NYSE:DEO] to become the highest valued liquor maker in the world in early April.