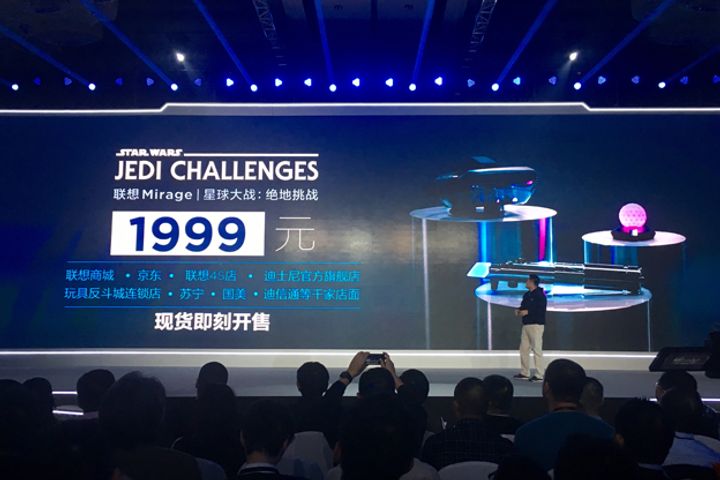 Lenovo held a release event for Mirage in Harbin, capital of the northeastern Heilongjiang province, on Dec. 20, technology portal it.sohu.com reported. The hardware of the device consists of a helmet display and a light saber controller. The top of the controller is equipped with LED lights for light source tracking, which satisfies the Star Wars fans' expectation for the realistic look of light saber.

Star Wars: Jedi Challenges premiered at Disney's D23 Expo, the biennial exposition event of Disney's official fan club, in July. The series, including three different genres of games, is dedicated to reliving the characters, scenes and classic episodes of the Star Wars movie. The players can experience the immersive world of Star Wars by just downloading the game app on the cell phone and then inserting the phone into Mirage's slot.

Lenovo will roll out more smart products similar to Mirage in March next year, Liu Jun, vice executive president of Lenovo, revealed at the release event. "Awaken your inner Jedi with our smartphone‑powered augmented reality Star Wars experience. Feel the Force as you fight for galactic peace with the Lenovo Star Wars: Jedi Challenges AR headset," is how Lenovo advertises Mirage on its website.