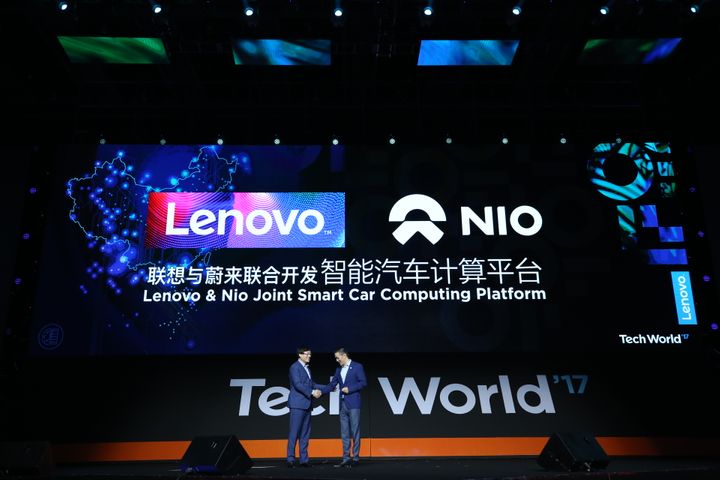 (Yicai Global) July 20 -- China's computer manufacturing juggernaut Lenovo will work in tandem with electric vehicle producer NextEV for development of an intelligent car computing platform. The pair made their plans public during Lenovo Tech World Conference today, but did not disclose any financial or platform details.

NextEV, established by the top internet enterprises and entrepreneurs with hundreds of millions of dollars of investment, is engaged in the research and development (R&D) of high-performance intelligent electric cars. Last year, Lenovo Group joined NextEV through a strategic investment, which was considered as an important layout in the latter's foray into the smart auto field.

Silicon Valley in the US, Munich in Germany, China's Shanghai, Beijing and Hong Kong, as well as London in the UK have all ushered in NextEV's institutions for R&D, design and business affairs.

Li Bin, founder of NextEV, revealed that the autonomous driving will free drivers from wasting time in the course of driving by 2025, while NextEV's vehicle type, to be mass-produced next year, is in a position to save drivers 50 percent in-vehicle time provided standard road condition in China. Li believes that with the help of artificial intelligence (AI), the future cars will turn into mobile living spaces.