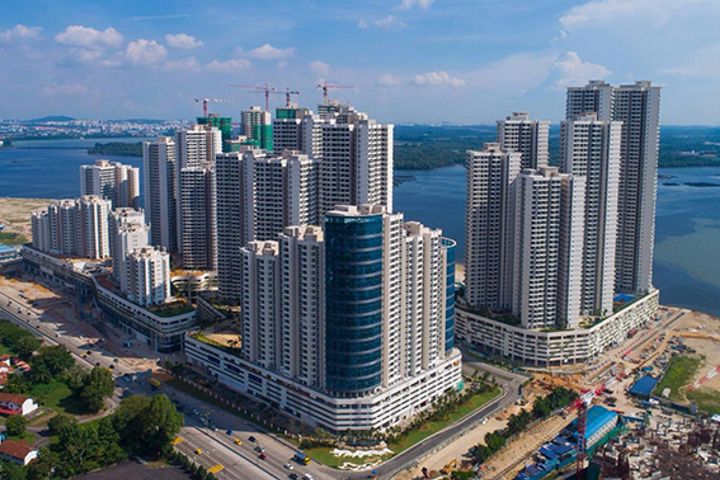 (Yicai Global) June 27 -- On June 25, 45 homeowners at Country Garden Danga Bay, a luxury condominium project in Johor Bahru, Malaysia, called the local police, claiming that their home sales contracts had been altered without their consent.

The formulation and signing of all housing transaction contracts comply with local laws and Country Garden did not take the liberty of modifying them without permission, Fu Jinling, the regional president of Country Garden Holdings in Malaysia -- a unit of the Guangdong province, China-based parent -- said yesterday, Singapore newspaper Lian He Zao Bao reported.

Country Garden will cooperate with local authorities' investigation, Fu said at a press conference yesterday, accompanied by his legal advisor. The law firm and lawyer in charge of signing the contracts are both professional and licensed, he added, addressing the legality of the home purchase agreements.

The drafting and signing of such contracts comply with Malaysian law, and Country Garden did not modify them without permission, Fu stressed.

A Singaporean homeowner at Country Garden Danga Bay filed for arbitration last month over a discrepancy between his unit's decoration and that specified in the contract. The arbitration board ruled in the homeowner's favor, awarding damages of MYR50,000 (USD12,500).

Then 45 homeowners from Malaysia, China, and Singapore reported to the central police station of Johor Bahru on June 25, saying that initially when their transaction contracts were signed, there were initials on each page, but later when they received the contracts sent by the developer, they couldn't find these initials and the content was inconsistent.

In response to these homeowners' claims, Fu said that for a final housing transaction contract to take effect, only the last signature page needs to be signed, per Malaysian law.

As for the inconsistency between the condominium delivery standards in the contract copies and the initial contract content claimed by the owners, Fu stressed that after verification, the contract version in Country Garden Danga Bay's hands has proven to be consistent with the one held by the relevant law firm and bank. Police have not contacted Country Garden, he added.